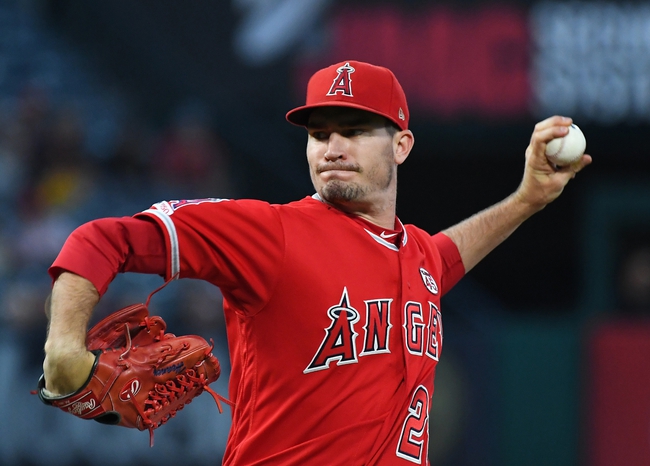 The Los Angeles Angels and the Texas Rangers will meet up for game one of their MLB doubleheader on Tuesday.

In the Monday opener of this set, we had an 11-inning thriller as the Rangers won in walk-off fashion 8-7.

LA jumped out to a big 7-1 lead after two innings, but failed to score again in the game. The Angels would post 13 hits on the night and had five players with two knocks apiece.

Over on the Rangers’ side, they’re going with Brock Burke in the start on Tuesday. Burke is being called up from Triple-A Nashville to make his MLB debut here.

The Rangers chipped away at the six-run deficit, tying things up with a pair of runs in the eighth. Hunter Pence led the way with three hits, and just one Texas batter failed to notch a hit.

Heaney has been decent over his last four starts, with a total of eight earned over 20.0 innings during that stretch. He’s also coming off a quality start against the White Sox.

As for Burke, he has a 7.88 ERA in two starts with Nashville and went 3-5 with a 3.18 ERA at Frisco before that. Those numbers don’t breed a whole lot of confidence so I’m going with the Angels here.