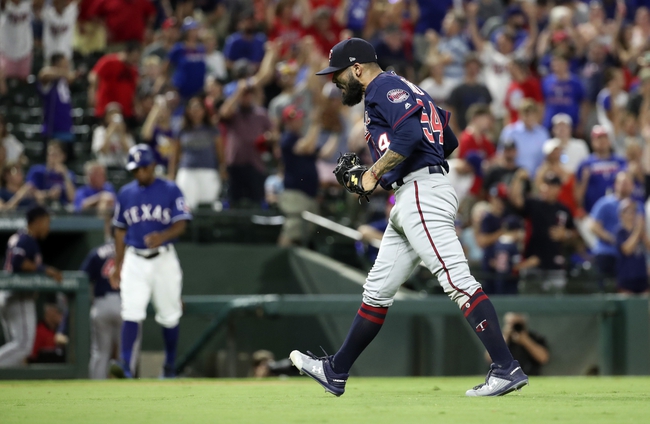 The Minnesota Twins look for a win after splitting their last eight games. The Twins have scored 22 runs in their last three games and four or more runs in 10 of their last 13 games. The Minnesota Twins have won six of their last 10 games when scoring four or more runs. Jorge Polanco leads the Twins with 141 hits and 59 RBI while Eddie Rosario and Max Kepler have combined for 234 hits and 160 RBI. Jose Berrios gets the ball, and he is 10-6 with a 3.29 ERA and 144 strikeouts this season. Berrios is 2-1 with a 5.63 ERA and 24 strikeouts in his career against the Rangers.

The Texas Rangers need a win after losing eight of their last 10 games. The Rangers have scored 16 runs in their last three games and three or less runs in seven of their last 11 games. The Texas Rangers have lost five of their last six games when scoring three or less runs. Elvis Andrus leads the Rangers with 127 hits and 58 RBI while Shin-Soo Choo and Nomar Mazara have combined for 222 hits and 107 RBI. Ariel Jurado gets the ball, and he is 6-8 with a 5.31 ERA and 72 strikeouts this season. This will be Jurado’s second career game against the Twins.