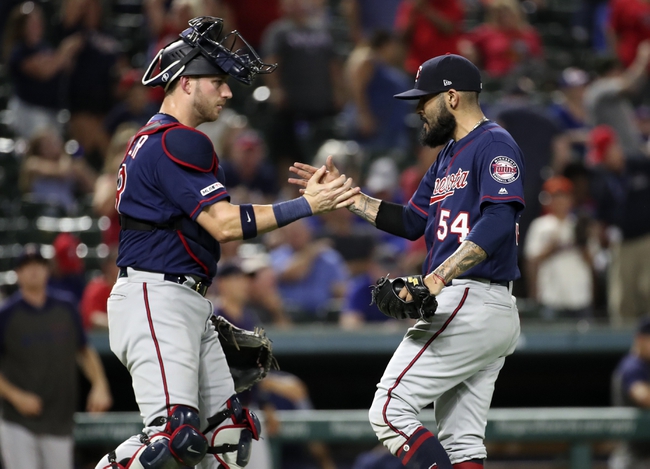 The Minnesota Twins and the Texas Rangers will finish up their MLB series on Sunday.

The Twins took wins in the first pair of games in this set 13-6 and 4-3. In the Saturday matchup, Minnesota kept rolling with a big 12-7 win.

Minnesota jacked 18 hits on Saturday. Polanco and Sano combined for six hits, four runs and two RBI in that one.

Texas’ runs came early on Saturday; six of them in the first two innings—and they were still behind 8-6. Danny Santana led the way for the Rangers on two homers and four RBI.

Meanwhile, the Rangers are 1-5 in their last six overall and 0-5 in their last five versus the AL Central. Texas is 10-2 in Lynn’s last 12 home starts and 5-2 in his last seven starts versus a team with a winning record.

Perez had a couple of stumbles this month, with 11 earned in 11.0 innings over a pair of starts. His last time up however, Perez put up 6.0 innings and zero earned in a quality start.

As for Lynn, he’s given up exactly one earned in each of his last four starts, but is just 2-2 in that time. Still, I’m going with the Rangers in this one.