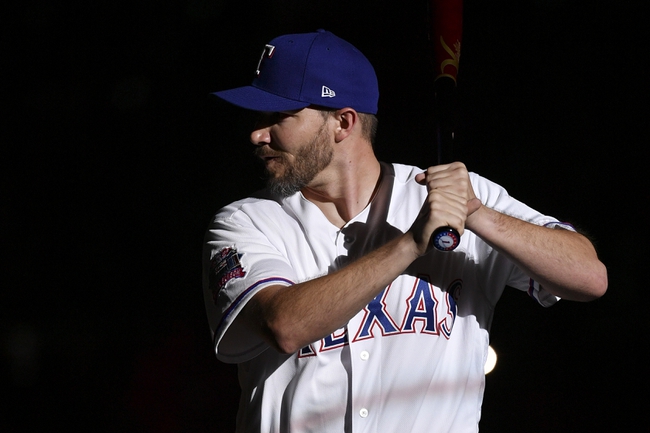 The New York Yankees and the Texas Rangers meet in their regular season finale from Globe Life Park on Sunday.

The New York Yankees will look to head to the postseason on a winning note after dropping game two on Saturday by a final score of 9-4. Didi Gregorius had a double and three RBIs while Brett Gardner added an RBI as well to finish off New York’s scoring as a team in the loss. Aaron Judge added a triple while Tyler Wade, Giancarlo Stanton, Gio Urshela, Austin Romine and Mike Ford each had base hits as well in the defeat. Luis Severino took the loss, falling to 1-1 on the year after allowing two runs on one hit while walking and striking out four apiece over three innings of work. Masahiro Tanaka will start game three and is 11-8 with a 4.47 ERA and 147 strikeouts this season. In his career, Tanaka is 1-4 with a 6.53 ERA and 36 strikeouts against Texas.

The Texas Rangers will look to finish strong after winning game two on Saturday. Rougned Odor went 2 for 4 with a home run, a double and six RBIs while Jose Trevino had a double and an RBI. Isiah Kiner-Falefa and Willie Calhoun each had an RBI to round out Texas’ scoring as a team in the win. Scott Heineman had two hits with a double while Ronald Guzman and Shin-Soo Choo each had a base hit to finish off the Rangers’ offense as a team in the victory. Jonathan Hernandez got the win to improve to 2-1 on the year in relief. Lance Lynn will start the finale and is 15-11 with a 3.76 ERA and 236 strikeouts this season. In his career, Lynn is 1-2 with a 4.58 ERA and 12 strikeouts against the Yankees.

I get the Yankees being favored because they’re the team in better form and are the only team of these two that are going to be playing for anything come next week. However, this is the last game at Globe Life Park before the team relocates to a new ballpark next season,so you have to think these guys will want to go out with a bang. Lynn has also allowed one earned run in back-to-back starts at home while Tanaka has really struggled against Texas in his career and has allowed four runs in back-to-back road starts and in three of his last four road starts. I’ll take a shot at Texas and the plus money here.