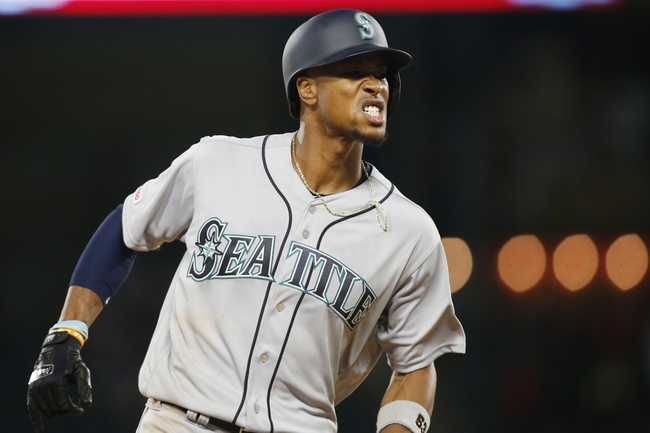 The Seattle Mariners need a win after losing five of their last seven games. The Mariners have scored seven runs in their last three games and four or more runs in eight of their last 11 games. The Seattle Mariners have won seven of their last 10 games when scoring four or more runs. Domingo Santana leads the Mariners with 113 hits and 69 RBI while Omar Narvaez and Mallex Smith have combined for 204 hits and 82 RBI. Felix Hernandez gets the ball, and he is 1-4 with a 6.09 ERA and 38 strikeouts this season. Hernandez is 19-25 with a 4.18 ERA and 311 strikeouts in his career against the Rangers.

The Texas Rangers look for a win after splitting their last 10 games. The Rangers have scored five runs in their last three games and three or less runs in five of their last six games. The Texas Rangers have lost seven of their last nine games when scoring three or less runs. Elvis Andrus leads the Rangers with 136 hits and 59 RBI while Shin-Soo Choo and Danny Santana have combined for 238 hits and 111 RBI. Lance Lynn gets the ball, and he is 14-9 with a 3.85 ERA and 197 strikeouts this season. Lynn is 3-1 with a 2.77 ERA and 32 strikeouts in his career against the Mariners.

Hernandez has pitched just 13 innings since May and hasn't been good in nearly all of his starts this season, allowing a .294 batting average and .902 OPS in 44.1 frames. Lynn has allowed 27 hits and 13 earned runs in his last 29.2 innings, and he has a 4.03 ERA and .260 allowed batting average at home. The Seattle Mariners are probably the better team here overall, but there's no way I can back Hernandez with any confidence given his struggles and the time off. Lynn has his moments here and there and has allowed three or less earned runs in four of his last five home starts. It's the Rangers by default.