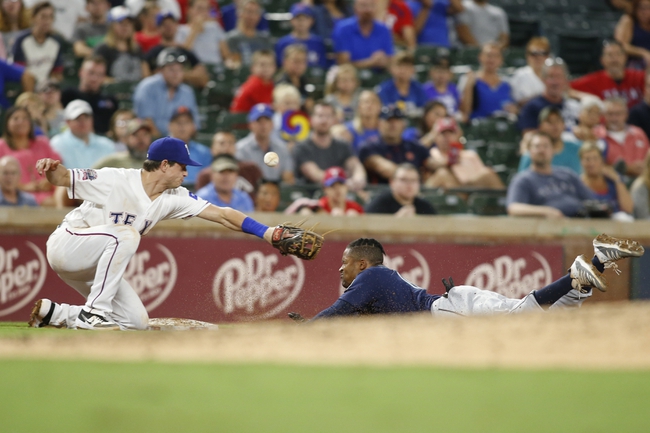 The Texas Rangers look for a win after splitting their last 12 games. The Rangers have scored 12 runs in their last three games and three or less runs in six of their last eight games. The Texas Rangers have lost six of their last eight games when scoring three or less runs. Elvis Andrus leads the Rangers with 136 hits and 60 RBI while Shin-Soo Choo and Danny Santana have combined for 239 hits and 112 RBI. Brock Burke gets the ball, and he is 0-1 with a 0.75 ERA and nine strikeouts this season. This will be Burke’s first career game against the Mariners.

Burke has just 12 innings under his belt for his career, but he's been sharp in both games, allowing a .150 batting average and a .452 OPS. Getting a lot of ground balls and making some batters miss, you have to be pleased with what you've seen from Burke in a small sample size. These are two teams I'm not looking to bet on overall in the final month of the season, but the Rangers are at home and seem to have a decent young arm on the hill. Give me the Rangers if forced to pick.