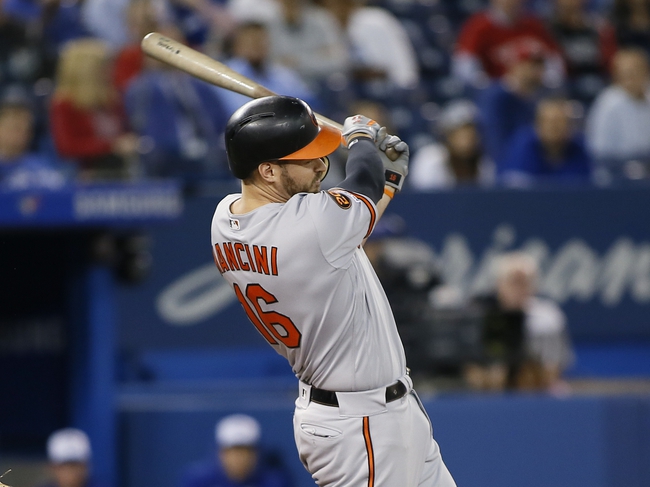 TV: RSN, MASN2 Stream the MLB Game of the Day all season on ESPN+. Sign up now!

The Baltimore Orioles and the Toronto Blue Jays meet in the rubber match of a three game AL East division set in MLB action from Rogers Centre on Wednesday.

The Baltimore Orioles will look to win the series after evening the set up at one win apiece following an 11-4 win in game two on Tuesday. Dwight Smith Jr. and DJ Stewart each had a home run and three RBIs while Renato Nunez had a double and two RBIs. Austin Wynns added a solo home run and Trey Mancini went a perfect 5 for 5 with a pair of doubles and an RBI while Rio Ruiz added an RBI of his own to finish off the O’s scoring as a team in the win. Stevie Wilkerson and Jonathan Villar each had a base hit to finish off Baltimore’s offense as a team in the victory. Dylan Bundy got the win to improve to 7-14 on the year after allowing two runs on three hits while striking out six over seven innings of work. Gabriel Ynoa will start game three and is 1-9 with a 5.65 ERA and 62 strikeouts this season. In his career, Ynoa is 0-2 with a 4.40 ERA and 4 strikeouts against Toronto.

The Toronto Blue Jays will look to bounce back after dropping game two on Tuesday. Derek Fisher had a solo home run while Rowdy Tellez had a double while going 2 for 4 with an RBI. Reese McGuire head a double and an RBI and Breyvic Valera added an RBI to finish off Toronto’s scoring as a team in the loss while Brandon Drury added a base knock to cap off Toronto’s offense as the Jays had just six hits as a team in the losing effort. Thomas Pannone took the loss, falling to 3-6 on the year after allowing three runs on four hits in just a single inning in the start. Jacob Waguespack will start game three and is 4-5 with a 4.75 ERA and 58 strikeouts this season. This will be Waguespack’s first career start against Baltimore.

I’m not trying to side with either of these two teams with nothing but pride to play for, but with that said, the O’s just don’t win with Ynoa as a starter and while the Jays have had some bad luck here and there with Waguespack on the mound, I just like Toronto’s lineup better from top to bottom. I’ll side with the Jays if forced to pick, but otherwise, I’m staying far away from this game.