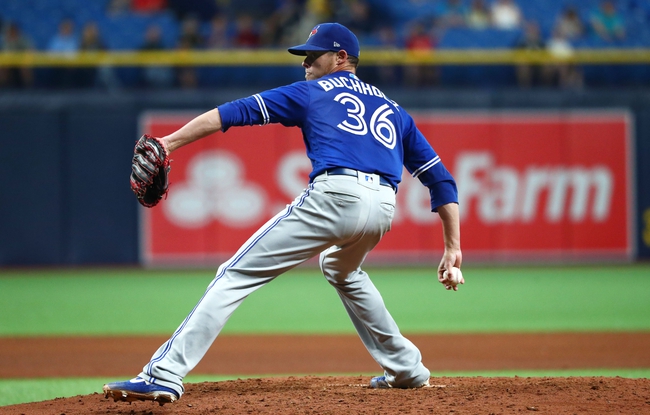 The Boston Red Sox and the Toronto Blue Jays will match up to finish off their MLB series on Thursday.

The Blue Jays eked out a 4-3 win in the Tuesday opener of this set. On Wednesday, Toronto kept it going, scoring two runs in the fourth inning and six more in the fifth for a big 8-0 shutout victory. The Jays out-hit Boston 11-2 in that one.

I like Buchholz to come out and pitch well here but I’m still leaning toward the Red Sox.