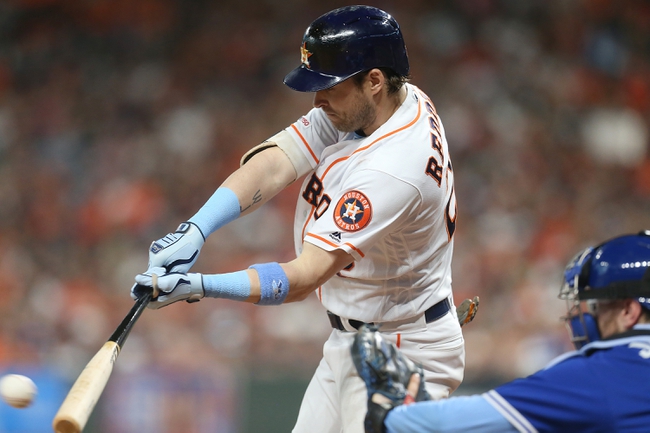 TV: ATSW Stream the MLB Game of the Day all season on ESPN+. Sign up now!

The Houston Astros and the Toronto Blue Jays will meet up on the MLB circuit to kick off their series on Friday.

Over on the Blue Jays’ side, they just finished up against the Braves in a pair this week. Atlanta split those matchups, falling 3-1 Tuesday and winning 9-4 in the Wednesday game.

Miley has been a little up and down over his past three games, giving up seven earned on 24 hits over 14.0 innings. That said, it’s been a while since he’s recorded a loss thanks to a solid offense.

As for Thornton, he has two quality starts in his last three games but has only gone 0-1 in that time. I don’t have a whole lot of faith in the Jays right now so I’m sticking with Houston here.