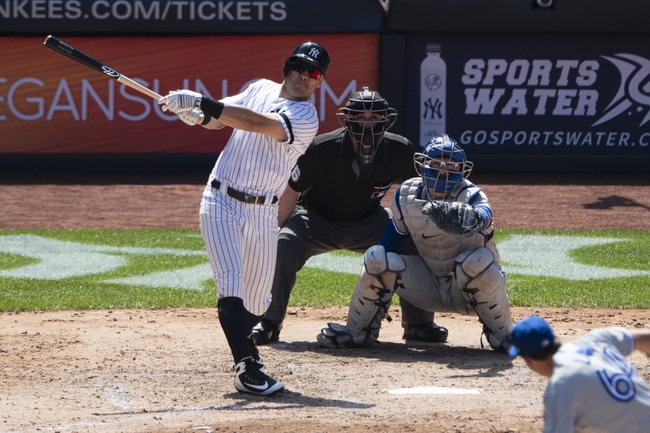 The New York Yankees and the Toronto Blue Jays will kick off their MLB set on Thursday.

New York is coming out of a series versus the Orioles. The Yankees took Monday’s game 9-6 and Tuesday’s 9-4. In the Wednesday finale, New York completed the sweep with a big 14-2 win.

Over on the Blue Jays’ side, they just finished up against the Rays. Toronto split the first two installments of that set 2-0 (win) and 7-6 (loss), and in the Wednesday game the Jays eked out a 4-3 win.

Pannone has been okay over his last four appearances, but not great. He’s only got one quality start in that span and has given up a total of 14 earned.

As for German, he’s quietly been the Yankees’ savior at starter (despite a recent stumble in Minnesota) and is cruising along quite well. I like him to keep it going and help New York get a win here.