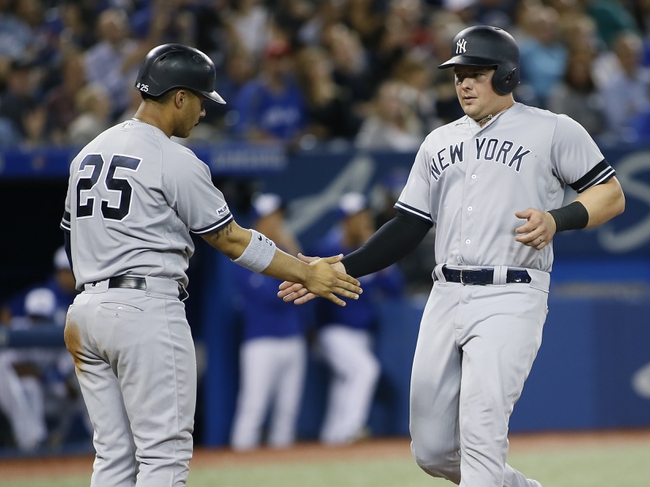 The New York Yankees and the Toronto Blue Jays will meet up on the MLB diamond Saturday to continue their series.

In the Friday opener of this set, we had a 12-inning battle. Toronto jumped out to a 3-0 lead but the Yankees posted five runs in the fifth inning. The Jays chipped away at the lead and finally bagged a win with a 12th-inning homer from Bo Bichette.

Paxton has been one of the Yankees’ more reliable starters lately. He’s got three quality outings in his last four tries, and has given up just four earned over his last quartet of outings.

As for Waguespack, he gave up six earned in 4.1 innings his last time out and has lost three straight. I have to stick with the Yankees here.