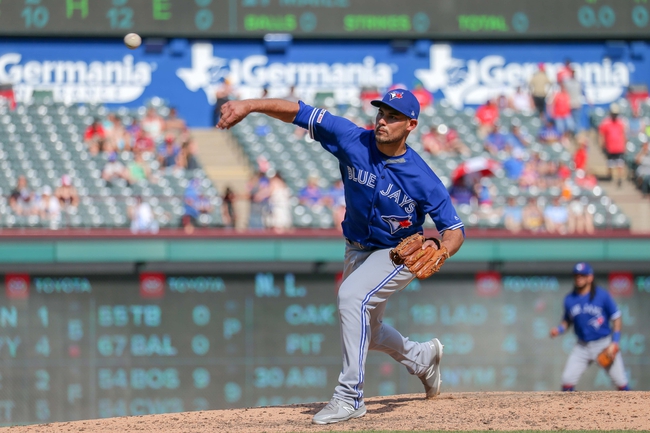 The Texas Rangers and the Toronto Blue Jays will meet up on the MLB diamond Tuesday to continue their series.

In the Monday opener, the Blue Jays offense exploded for 21 hits in a 19-4 rout.

Texas could only muster eight hits in the Monday loss. Odor and Mazara were the only Rangers hitters with two knocks, and they combined for two RBI and three runs.

Toronto’s hitters went wild on Monday. Only two hitters in the starting lineup finished with one knock. Bo Bichette led the way for the Jays on four hits, three runs and an RBI.

Lynn has been on a nice little run over his last three games, all quality starts with a combined three earned on 12 hits in 20.0 innings of work. He’s just 2-3 in his last five games, though.

As for Pannone, he’s given up 11 earned in his last 8.1 innings over two starts. I’m not thrilled about Pannone here, so I’m sticking with Lynn and the Rangers for the win.