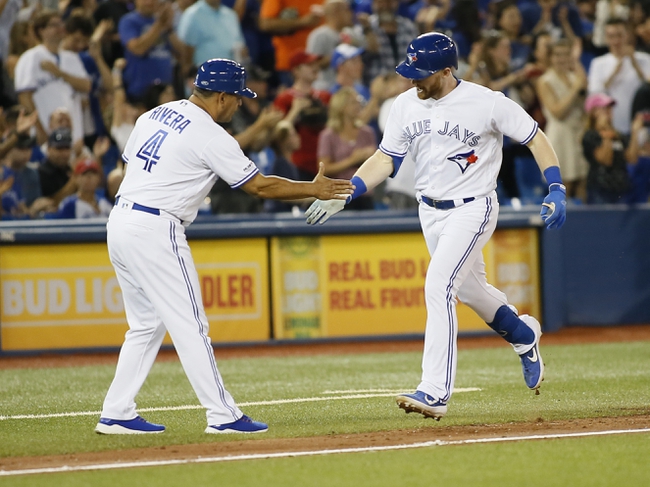 The Texas Rangers and the Toronto Blue Jays will match up on the MLB diamond to finish their series on Wednesday.

In the Monday opener of this set, the Blue Jays cruised to a big 19-4 victory. On Tuesday, Toronto kept it going with a 3-0 shutout.
For the Wednesday game, the Rangers will be going with Kolby Allard in the start. Over 4.1 innings without a decision this year, Allard has a 4.15 ERA with seven Ks and three walks.

Texas put up five hits in the Tuesday loss. Danny Santana was 2-for-4 as the only Rangers hitter to get multiple knocks.
Over on the Jays’ side, they’re going with Sean Reid-Foley in the start Wednesday. Across 26.2 innings and a 2-2 record this year, Reid-Foley has a 2.36 ERA with 23 Ks and 16 walks.

Toronto put up six hits in the win Tuesday and made them count. Randal Grichuk led the way on two hits and a  solo homer.

Well, we don’t have much MLB-level stuff to go on from Allard, but in three games last season he put up 11 earned in 8.0 innings for a 12.38 ERA. Things have gone better this year.

As for Reid-Foley, he’s given up just two earned over his last four starts combined in 17.1 total innings. He probably won’t be out for too long here, but should give the Rangers enough to be in a good position.