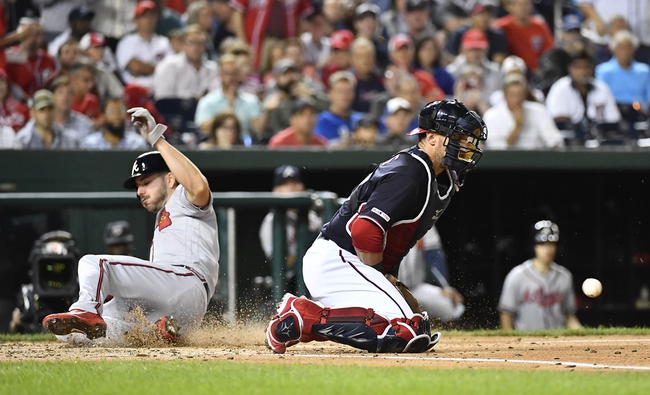 The Atlanta Braves and the Washington Nationals will match up on the MLB diamond Saturday.

In the Friday opener of this series, the Braves posted two runs in the fourth inning, then cruised to a 5-0 shutout win. Atlanta out-hit the Nats 12-3 in that one.

For Saturday’s game, the Braves will send out Mike Foltynewicz in the start. Across his 99.0 innings and 6-5 record this year, Foltynewicz has a 5.00 ERA with 88 Ks and 34 BBs.

Meanwhile, the Nationals are 5-1 in the last six in game two of a series and 2-5 in the last seven Saturday games. Washington is 1-4 in Voth’s last five starts and 1-4 in his last five on grass.

Foltynewicz has been on a nice run as of late, with just six earned given up over his last five starts. He’s also won his last two games and has two quality starts in his last four tries.

As for Voth, his last three appearances have gone well, although he took a tough-luck loss in his last start. This should be a fun matchup but I like the Braves to eke one out here.