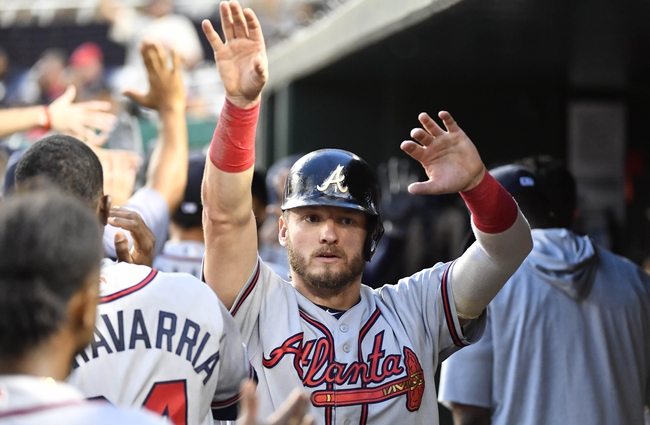 TV: MASN, TBS, FSSO Stream the MLB Game of the Day all season on ESPN+. Sign up now!

The Atlanta Braves and the Washington Nationals will match up on the MLB diamond Sunday.

In the opener of this set Friday, the Braves secured a 5-0 shutout. On Saturday, Atlanta kept it going, though it took them a little while (sixth inning) to score. The Braves would add nine more runs in the final three frames for a 10-1 win.

Meanwhile, the Nationals are 5-0 in their last five Sunday games and 19-7 in their last 26 in game three of a series. Washington is 1-4 in Sanchez’s last five home starts and 2-5 in his last seven with four days’ rest.

Fried had consecutive quality starts going in a pair of wins this month, but faltered in Philly his last time out with five earned on seven hits in 5.0 innings during a loss.

As for Sanchez, he coughed up seven earned against the Mets but bounced back with two earned in 7.0 innings in Minnesota his last time up. This should be a fun pitching matchup but I’m leaning toward Fried and the Braves here.