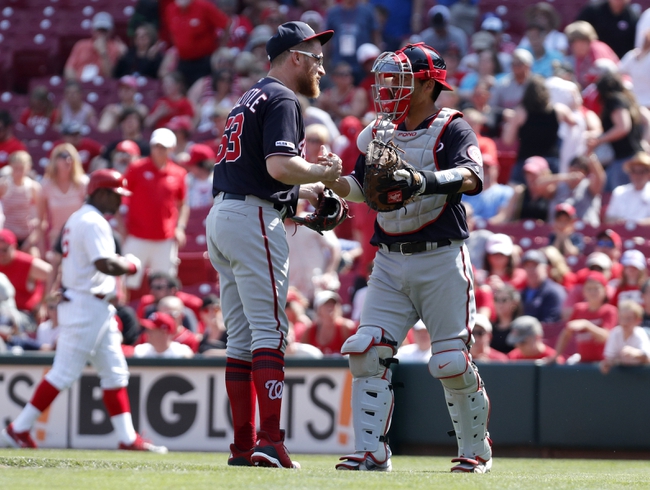 The Cincinnati Reds look for a win after winning seven of their last 11 games. The Reds have scored 18 runs in their last three games and four or more runs in 10 of their last 12 games. The Cincinnati Reds have won seven of their last nine games when scoring four or more runs. Eugenio Suarez leads the Reds with 110 hits and 75 RBI while Joey Votto and Jose Iglesias have combined for 209 hits and 81 RBI. Anthony DeSclafani gets the ball, and he is 7-6 with a 4.20 ERA and 120 strikeouts this season. DeSclafani is 2-0 with a 2.17 ERA and 21 strikeouts in his career against the Nationals.

The Washington Nationals look for a win after splitting their last 12 games. The Nationals have scored 16 runs in their last three games and four or more runs in seven of their last eight games. The Washington Nationals have split their last 10 games when scoring four or more runs. Anthony Rendon leads the Nationals with 124 hits and 90 RBI while Adam Eaton and Juan Soto have combined for 234 hits and 106 RBI. Erick Fedde gets the ball, and he is 2-2 with a 4.20 ERA and 32 strikeouts this season. This will be Fedde’s second career game against the Reds.

DeSclafani has allowed 31 hits and 14 earned runs in his last 33 innings, and he has a 4.72 ERA and .267 allowed batting average on the road. Fedde has allowed 23 hits and 11 runs in his last 19.2 innings, but he's coming off a six-inning shutout against the San Francisco Giants on the road. In 31 innings at home, Fedde has a 6.10 ERA and .280 allowed batting average. I'm not feeling this pitching matchup at all, but the Washington Nationals are the better team here overall and have been money these last two months in the first game of a series. I'll take the Nets at home in this toss-up.