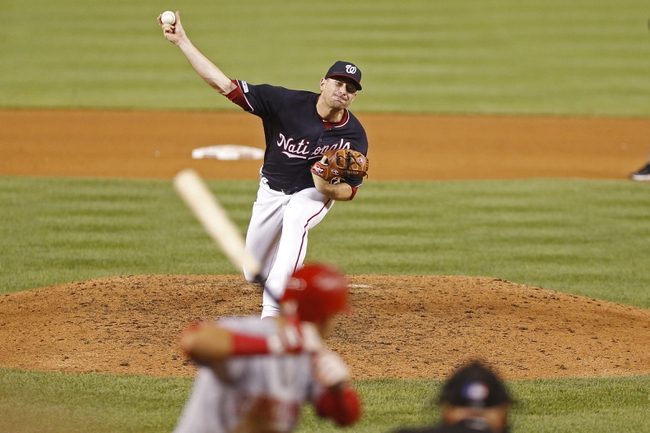 TV: MAS2, FSOH Stream the MLB Game of the Day all season on ESPN+. Sign up now!

The Cincinnati Reds and the Washington Nationals will finish up their MLB series on Wednesday.

The Nationals eked out a 7-6 win on Monday. In the Tuesday game two of this set Washington kept it going on a 3-1 victory.

Cincinnati out-hit the Nats 9-6 on Tuesday but couldn’t translate that to runs. Joey Votto and Jesse Winker each had two hits for the Reds there.

Over on the Nationals’ side, they’re going with Stephen Strasburg in the start Wednesday. Across his 152.1 innings and 14-5 record this season, Strasburg has a 3.72 ERA with 181 Ks and 38 BBs.

Washington managed six hits in the win Tuesday. Two of those belonged to Trea Turner, who finished 2-for-4 on the evening.

In his two starts so far for the Reds, Bauer has done pretty well overall. In that time he’s got four earned in 11.2 innings on 10 hits. His last time up was a quality start against the Cubs (7.0 innings; one earned; 11 Ks).

As for Strasburg, he bounced back from an ugly outing in Arizona (nine earned; 4.2 innings) with a quality start in a no-decision his last time up.

All things considered this is a pretty nice pitching matchup but Strasburg and the Nats should be in control.