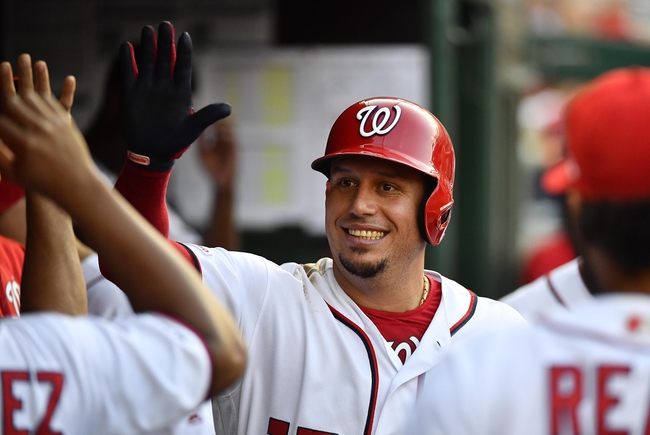 TV: STOH, MAS2 Stream the MLB Game of the Day all season on ESPN+. Sign up now!

The Cleveland Indians and the Washington Nationals will match up on the MLB diamond Friday.

Cleveland is coming out of a set against the White Sox this week. After splitting the first pair of games in that series, on Thursday the Indians lost 8-0.

Over on the Nationals’ side, they’re fresh off a set versus the Phillies. Washington took the first three games of that series 4-1, 6-5 and 5-2, then on Thursday the Nats won 6-3.

Outside of his complete-game shutout in LA (four hits) on September 10, Plesac has been pretty sketchy over his last four. In those other three starts, he’s given up 14 earned runs over a period of 14.1 innings and is 0-2.

This is a tough call but I’m not sure I trust Plesac at the moment. I’m going with the Nationals.