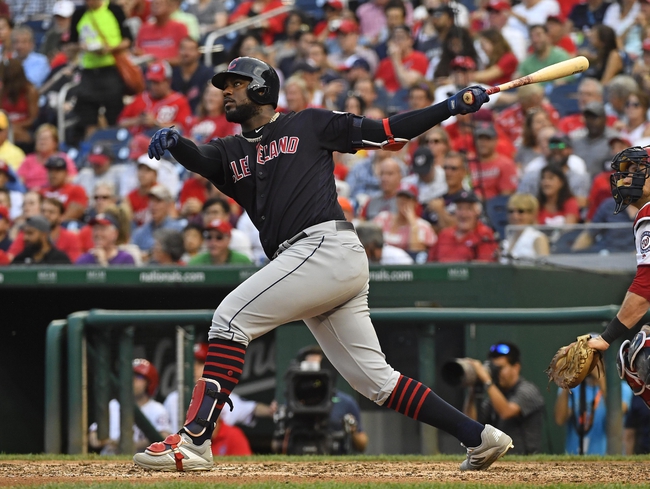 TV: MASN2, SportsTime Ohio Stream the MLB Game of the Day all season on ESPN+. Sign up now!

The Cleveland Indians and the Washington Nationals meet in their regular season finale from Nationals Park on Sunday.

The Cleveland Indians will look to finish the season on a high note after losing the first two games of the series, making it four in a row with a 10-7 loss in game two on Saturday. Eric Haase had a home run and three RBIs while Jordan Luplow and Franmil Reyes each went 2 for 3 and had a home run and two RBIs to round out Cleveland’s scoring as a team in the loss with Luplow belting a pair of solo home runs while Reyes had a double as well. Mike Freeman went 2 for 4 and Andrew Velasquez added a double while Yu Chang chipped in a base hit to finish off Cleveland’s offense in the defeat. Adam Plutko took the loss, falling to 7-5 after allowing eight runs on seven hits while striking out three over 1.1 innings of work. Mike Clevinger will get the start in the finale and is 13-3 with a 2.39 ERA and 165 strikeouts this season. This will be Clevinger’s first career start against Washington.

The Washington Nationals will look to carry their momentum into the wild card game after their victory in game two on Saturday. Gerardo Parra went 2 for 4 with a home run and four RBIs while Anthony Rendon had a double and two RBIs. Asdrubal Cabrera, Adam Eaton, Ryan Zimmerman and Patrick Corbin each had an RBI to round out Washington’s scoring while Trea Turner and Juan Soto each pitched in a double. Andrew Stevenson added a base hit as well to finish off Washington’s offense as a team in the victory. Corbin allowed six runs on seven hits while striking out eight over 4.1 innings of work, not factoring in the decision. Daniel Hudson got the win in relief to improve to 3-0 on the year. Joe Ross will start the finale and is 3-4 with a 5.90 ERA and 49 strikeouts this season. This will be Ross’ first career start against Cleveland.

I definitely think Washington is worth a look here as they’re red hot at just the right time heading into the postseason. However, I simply don’t trust Ross as a starter even though he’s had some positive results, and you have to imagine that Cleveland will want to finish on a high note and get the bad taste of this losing streak out of their mouths. Clevinger has also been a reliable option on the mound for the Tribe this season, so I’ll take a stab at the Indians here.