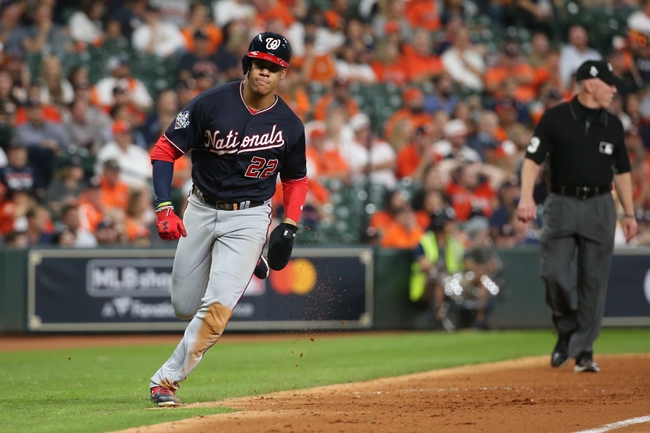 The Washington Nationals are set to start Anibal Sanchez (1-0, 0.71 ERA) who had success in his latest start as he went 7.2 scoreless innings while giving up 1 hit against the Saint Louis Cardinals. Anibal Sanchez did not record a start against the Houston Astros during the 2019 season, but he struggled in 15 home starts this season as he posted a 4.24 ERA.

The Washington Nationals have been a team of destiny this postseason as they went from the Wild Card to 2 games up in the World Series, and I think they should rack up a win in this one. Both of these teams have very good pitching staffs, but the Astros starters have struggled in this series while Washington has been good. Anibal Sanchez is the 4th guy in the rotation for Washington, but he has been the best guy this postseason as he is posting a 0.71 ERA in 2 starts. The Nationals have the hot bats with Soto, Rendon, and Kendrick, and they now get to return back to their own stadium against a pitcher who is posting a 6.43 ERA.