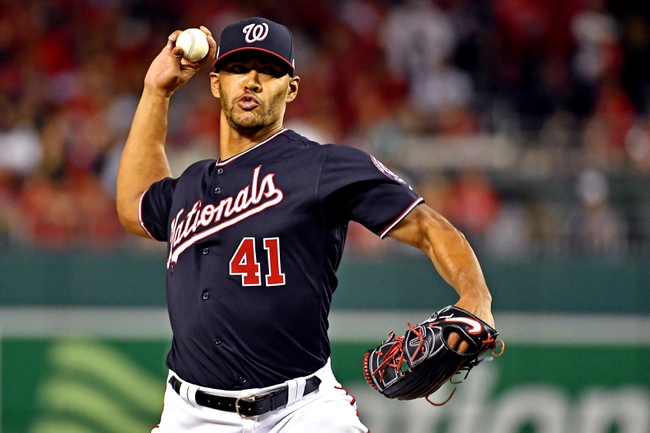 The Houston Astros are set to visit Nationals Park in Washington, D.C. for Game 4 of the World Series as they will face the Washington Nationals. The Houston Astros come into this matchup with a 1-2 record in this series, and they will be looking to continue their success after winning their recent road game against the Washington Nationals, 4-1. Zack Greinke received the starting nod for the Houston Astros, and he had success as he gave up 1 earned run in 4.2 innings. Michael Brantley had a solid game from the plate for the Astros as he went 2 for 4 with 2 RBIs.

The Houston Astros are set to start Jose Urquidy (0-0, 2.08 ERA) who had success in his latest appearance as he gave up 1 earned run in 2.2 innings against the New York Yankees. Jose Urquidy struggled in his 4 road starts this season as he posted a 4.12 ERA.

The Washington Nationals are set to start Patrick Corbin (1-2, 6.91 ERA) who struggled in his latest start as he gave up 4 earned runs in 5 innings against the Saint Louis Cardinals. Patrick Corbin had success in his 16 home starts this season as he went 8-2 with a 2.40 ERA.

The Washington Nationals hit a roadblock in Game 3 as they let the Houston Astros dominate them in all facets of the game, but they still have the opportunity to take advantage of playing at home with a win here. The Nationals will have the pitching advantage in this matchup as the strong left-handed starter Patrick Corbin will be getting the start while Houston is throwing a rookie who only has 7 career starts under his belt. The Nationals have been good at the plate against guys like Cole and Verlander, and I expect them to work Urquidy with long counts and force him into a few mistakes. Take the Nationals at home.