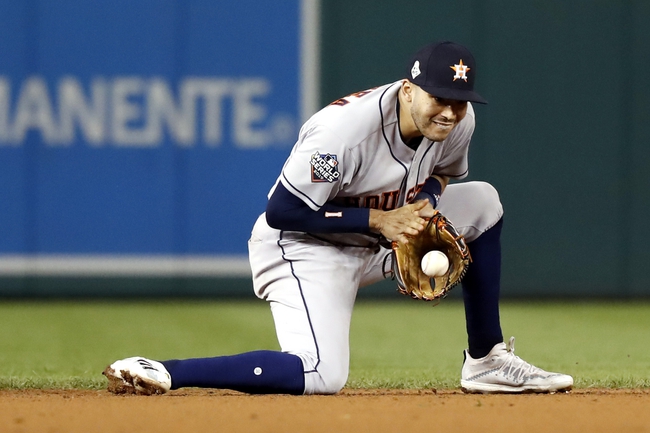 The Houston Astros are set to visit Nationals Park in Washington, D.C. for Game 5 of the World Series as they will face the Washington Nationals. The Houston Astros come into this matchup with a 2-2 record in this series, and they will be looking to continue their success after winning their recent road game against the Washington Nationals, 8-1. Jose Urquidy received the starting nod for the Houston Astros, and he had success as he went 5 scoreless innings while striking out 4 batters. Alex Bregman had a big game from the plate for the Astros as he went 3 for 5 with 1 HR and 5 RBIs.

The Houston Astros are set to start Gerrit Cole (3-1, 1.82 ERA) who struggled in his latest start as he gave up 5 earned runs in 7 innings against the Washington Nationals. Gerrit Cole had success in his 16 road starts this season as he went 8-3 with a 2.36 ERA.

The Houston Astros are rolling as of recent as they have won 2 consecutive games to even this series, and I think it has deflated the Washington Nationals. The Astros will be throwing their top guy who has been sensational in the postseason, and the Nationals have struggled to hit the ball at home in the World Series as they have 2 runs in 2 games. While Max Scherzer has been equally as impressive for the Nationals, Houston is red hot with guys like Bregman and Altuve hitting the ball well. Houston will win this game on the road and put themselves in prime position to wrap it up at home.