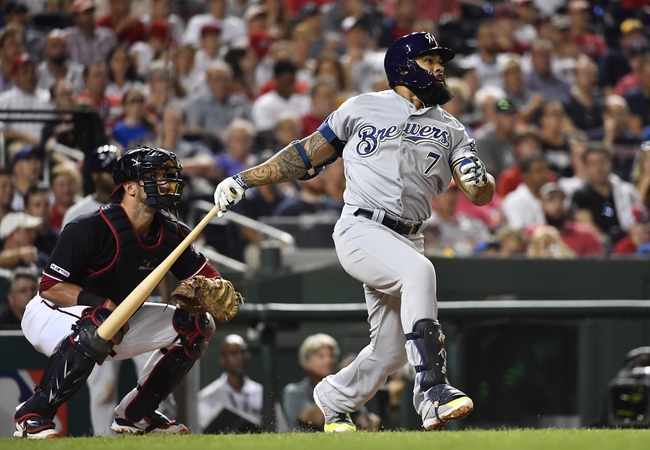 TV: FSWI, MAS2 Stream the MLB Game of the Day all season on ESPN+. Sign up now!

The Milwaukee Brewers and the Washington Nationals will meet up on the MLB diamond to finish their series Sunday.

The Nationals eked out a 2-1 win on Friday in the opener of this set. On Saturday, Milwaukee returned the favor with an epic 14-inning victory 15-14.

Milwaukee piled in 20 hits in their extra-innings victory Saturday. Christian Yelich was one of many great performers with two homers, five hits, three runs and four RBI.

Washington logged 18 hits in the Saturday loss, and had a bit of a rally going in the bottom of the 14th as well but couldn’t capitalize.

Anderson has proven himself as a key cog in the Brewers starting crew, even though he didn’t even start out the year in the rotation. He has three or fewer runs in 10 straight starts.

As for Fedde, he’s got consecutive solid outings, with two runs in 12 innings during that time. This should be a good one but I’ll go with the steady Anderson and the Brewers here.