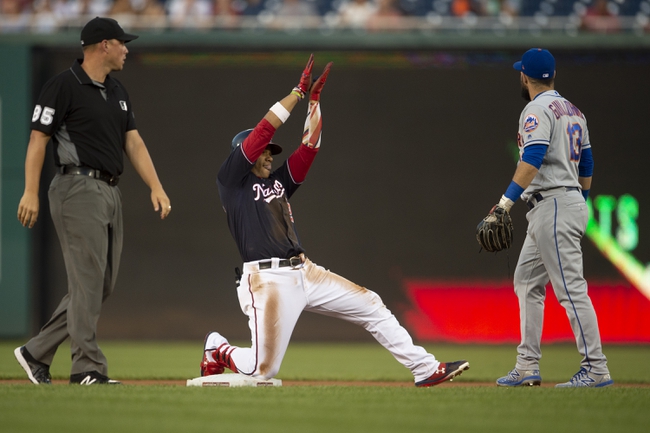 The New York Mets and the Washington Nationals will finish up their MLB series on Wednesday.

In the Monday opener, the Mets powered out a 7-3 win. On Tuesday, we had a crazy game as the Nats exploded for seven runs in the bottom of the ninth for a walk-off victory 11-10.

The Mets blasted five runs and had a secure lead in the top of the ninth, but they fell apart in the end. New York’s Pete Alonso led the team on three hits, two RBI and two runs.

Tuesday’s win was the largest walk-off in Nationals history, and it was capped by an incredible Kurt Suzuki three-run homer. Suzuki would finish with four RBI and Juan Soto had a great night with three hits, three runs and three RBI.

Wheeler was a little sketchy over a three-game stretch last month but he came out strong in his last appearance, going 6.0 innings with one earned on seven hits in a no-decision.

As for Sanchez, he’s been up and down at times as well but has posted just three earned in his last 13.1 innings on four hits over two starts. I like Sanchez to keep it going so I’m taking the Nationals here.