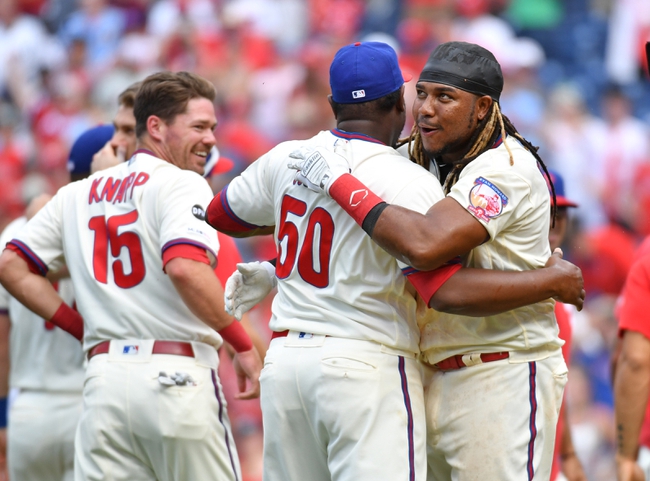 The Philadelphia Phillies and the Washington Nationals will match up on the MLB diamond Monday.

The Phillies just finished up a set against the Indians. Philly split the first two games of that series 5-2 and 9-4, then in the Sunday finale the Phillies lost 10-1.

Over on the Nationals’ side, they just came out of a series versus the Marlins. Washington posted wins in the first two games of that set 6-5 and 10-4, then on Sunday the Nats fell 5-3.

Eflin has been on a nice run lately. Across his last five games, he’s given up just five earned runs total despite a bit of a stumble against the Braves on September 11. Still, I like Eflin well enough here to think he’ll pitch well so I’m going Phillies.