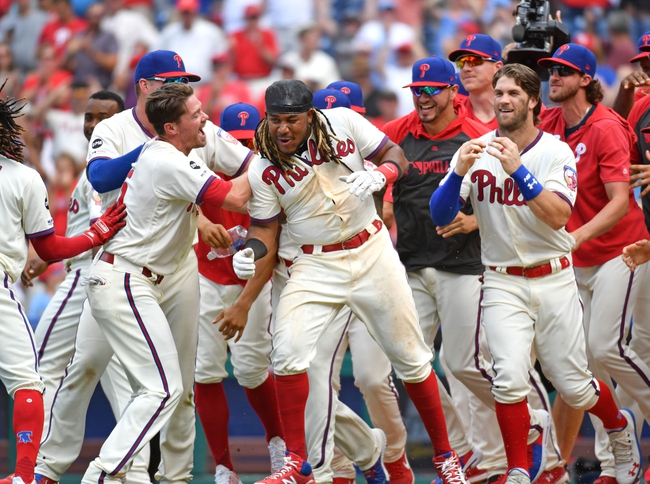 TV: NSPA Stream the MLB Game of the Day all season on ESPN+. Sign up now!

The Philadelphia Phillies and the Washington Nationals will meet up on the MLB diamond for game one of their doubleheader on Tuesday.

In the first installment of this series Monday, the Nationals rattled off five runs in the first five innings and cruised to a 7-2 victory.

In game one Tuesday, the Phillies will send out Blake Parker to start. Parker is 3-2 with a 4.40 ERA and 60 Ks this year.

Ross was on a pretty good run last month, giving up just three earned over five starts. He did cough up seven earned in 3.2 innings versus the Mets in his last start however, before dealing with a forearm issue that had his status questionable moving forward.

Assuming Ross is good to go here, I’m leaning toward the Nationals in game one. Doubleheaders are tricky though, so I’m probably staying away.