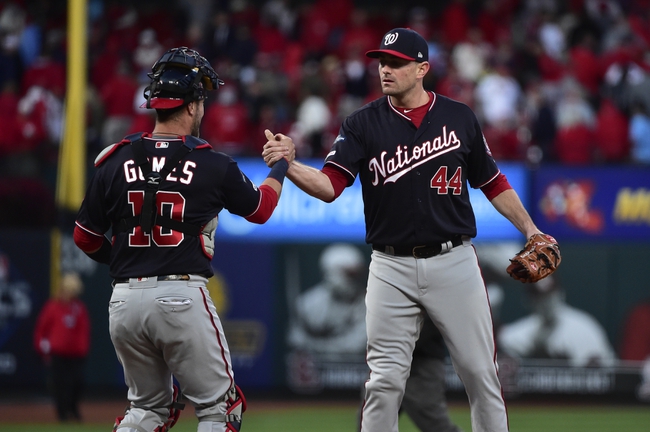 The Washington Nationals come into this matchup with a 2-0 record in this series, and they will be looking to continue their success after winning game 2 against the Saint Louis Cardinals, 3-1. Max Scherzer received the starting nod for the Washington Nationals, and he had success as he went 7 scoreless innings while striking out 11 batters. Adam Eaton had a solid game from the plate for the Nationals as he contributed 2 RBIs.

The Washington Nationals are set to start Stephen Strasburg (18-6, 3.32 ERA) who struggled in his latest start as he gave up 3 earned runs in 6 innings against the Los Angeles Dodgers. Stephen Strasburg had success in his 2 starts against the Saint Louis Cardinals during the 2019 season as he went 1-0 with a 2.31 ERA.

The Washington Nationals used amazing pitching to win games 1 and 2 on the road, and they will bring that same recipe back to their home stadium where they should be able to repeat it. The Nationals will be throwing arguably one of their best starters in Stephen Strasburg, and he has been dominant this season which is bad news for the Cardinals as they have not been able to get their bats going thus far. Jack Flaherty is having an exceptional season for the Cardinals, but the Nationals have been hitting the ball well and their play should be even more elevated at home.