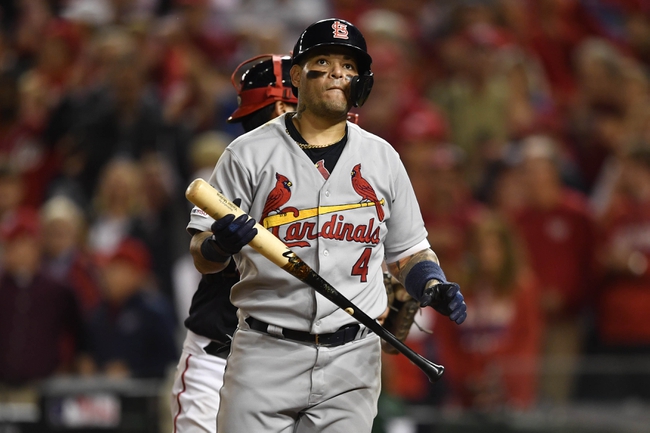 The Washington Nationals come into this matchup with a 3-0 record in this series, and they will be looking to continue their success after winning game 3 against the Saint Louis Cardinals, 8-1. Stephen Strasburg received the starting nod for the Washington Nationals, and he had success as he went 7 scoreless innings while striking out 12 batters. Howie Kendrick had a big game from the plate for the Nationals as he went 3 for 4 with 3 RBIs.

The Washington Nationals are set to start Patrick Corbin (14-7, 3.25 ERA) who had success in his latest start as he gave up 1 earned run in 6 innings against the Los Angeles Dodgers. Patrick Corbin struggled in his 2 starts against the Saint Louis Cardinals during the 2019 season as he posted a 4.91 ERA.

The Washington Nationals have flat out dominated the Saint Louis Cardinals in this series, and they will look to clinch a World Series berth with a win here. The Nationals have outscored the Cardinals 13-2 in 3 games, and unfortunately for Saint Louis, it won’t get easier as Washington will send Patrick Corbin to the mound who has been exceptional at home this season with an 8-2 record and a 2.40 ERA. The Nationals have just as much talent in their starting lineup, but the hero has been Howie Kendrick thus far as he has been a hitting machine. I expect Washington to keep Scherzer in the bullpen with the potential to close out the game and send them to the World Series.