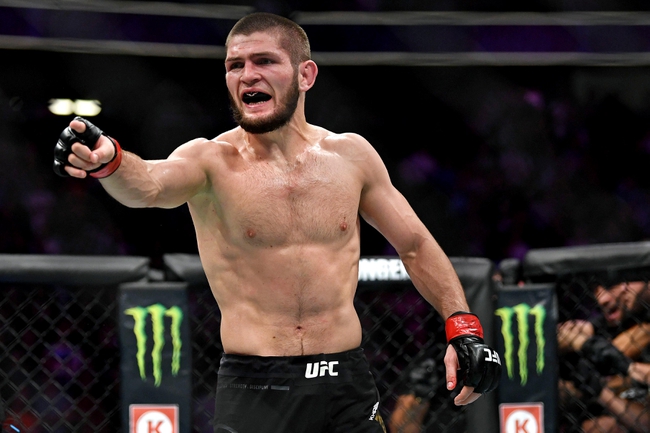 Khabib Nurmagomedov enters this fight with a 27-0 record and has won 37 percent of his fights by decision. This will be Khabib’s third fight since 2018, and he’s coming off an October win over Conor McGregor. Khabib is averaging 4.29 significant strikes per minute with an accuracy percentage of 50 percent. Khabib is averaging 5.09 significant strikes per minute with an accuracy percentage of 45 percent. Khabib successfully defended his UFC Lightweight Championship for the first time by beating The Notorious with a fourth round neck crank, a fight he dominated on the canvas and produced six takedowns. We know what Khabib does with his grappling and wrestling, but the fact he was able to control a dominant and powerful striker only adds to the confidence of his ability despite being a bit one dimensional. Khabib is relentless with his takedown attempts and almost always gets the fight where he wants it, making it very difficult for his opponent to get comfortable and develop a rhythm. Khabib is an absolute bear once he gets his hands on an opponent, as he controls the rest of the round and just wears him down. Khabib is not great on his feet, but he closes distance well and has decent enough head movement to avoid getting rocked. Khabib also has an impressive ground and pound and it’s where 56 percent of his strikes take place. There’s no tricks with Khabib, as his opponent better be a terrific wrestler and have a wonderful gas tank or it’s going to be a long day. Khabib may not have much balance to his attack, but he’s as good as it gets when it comes to mastering his craft. This will be first Khabib’s career fight in Abu Dhabi.

Dustin Poirier enters this fight with a 25-5 record and has won 48 percent of his fights by knockout. Poirier has won six of his last eight fights and is coming off an April win over Max Holloway. Poirier is averaging 5.59 significant strikes per minute with an accuracy percentage of 50 percent. Poirier is averaging 1.75 takedowns with an accuracy percentage of 41 percent. Poirier now has two career wins over Holloway, and his last win was an absolute bloodbath where he walked him down for five rounds and just landed shot after shot. We’ve never really seen Holloway get outclassed so badly on his feet to the point he was hurt, and it’s a win that makes many look at Poirier in a different light. A win here on top of those victories puts Poirier in a different class and gives him a case for being one of the best pound-four-pound in the sport. Poirier is no longer an underrated striker, as he lands some violent hooks with one-punch knockout potential and has the occasional leg kick that can do it’s fair share of damage, just ask Yancy Medeiros. After boxing Holloway into the ground, it’s shown just how polished Poirier is with his standup, something that probably wasn’t the case previously. Poirier is also a black belt in BJJ, and while he’s not exactly quick to tap into his wrestling bag, he does some of his best work on the ground and has seven career submission victories. Poirier has finished four fights via an armbar, and he’s only ben submitted once in his career, which came in 2012 against Chan Sung Jung, the loss that made him move to American Top Team. This will be first Poirier’s career fight in Abu Dhabi.

I really want to give Poirier a chance at nearly three times my money in an upset, especially after how dominant he was in his win over Max. I don’t think it’s crazy if you’re looking for an upset here to back Poirier given the odds. With that said, Khabib is just too consistent to bet against, as he always gets the fight where he wants it and is a machine round after round to the point he breaks the will of his opponent. And as balanced as Poirier is and somebody who can work the canvas given his BJJ background, Khabib has already proven himself against quality strikers and also defeated a similar style in Rafael dos Anjos, back at UFC on Fox 11.

I’m not afraid to back underdogs in this often coin flip sport, but Khabib is one of the few fighters you just back until he provides a weakness. We’ve seen him control every fight he’s been in up to this point.