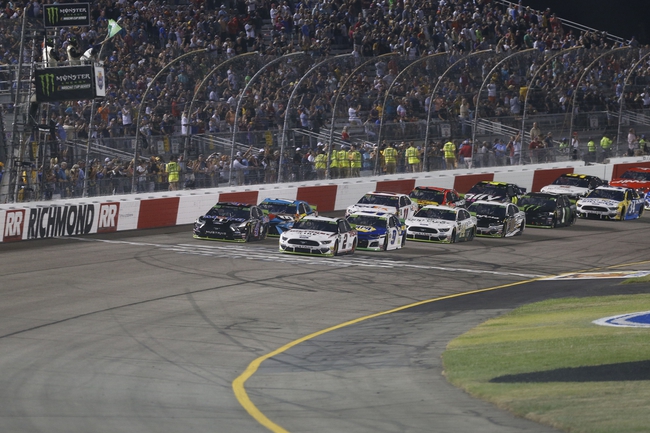 In our last race of the round of 16, we head to North Carolina for the Bank of America Roval 400. We didn’t produce a winner last week, but all five of our drivers finished eighth or better, so we’re knocking on the door to victory lane. Let’s close the deal this week.

Martin Truex Jr., +295 - Martin Truex Jr. is on a tear with victories in the first two playoff races and you can expect that success to continue. Truex won the first North Carolina race this year and has finished third or better in six of his last eight trips at the Charlotte Motor Speedway. In fact, Truex has finished runner-up or won three of his last four appearances at this track. We may be a little late to the party with these odds, but Truex is still a must play this week given form and history.

Kevin Harvick, +1540 - Kevin Harvick has been too consistent these last two months to have odds this large. While Harvick hasn’t won a race here since 2014, he’s put together top-10 finishes in 15 of his last 18 trips at the Charlotte Motor Speedway. Harvick also has countless impressive showings at this track in the NASCAR Xfinity Series. In terms of a value pick this week, it doesn’t get much better than Harvick.

Brad Keselowski, +880 - Brad Keselowski has finished fifth or better in four of his last five races and is one of those drivers who could make a move in the standings with a solid showing this week. Keselowski won this race in 2013 and has top-10 finishes in seven of his last 12 appearances at the Charlotte Motor Speedway. Keselowski has also won four races at this track in the NASCAR Xfinity Series. You have to like Keselowski’s chances of getting his first victory since May.

Kyle Busch, +550 - It looked like Kyle Busch was going to put money in our pocket last week with a win, but he settled for runner-up, now finishing sixth or better in four of his last six races. Busch has finished sixth or better in nine of his last 16 trips at the Charlotte Motor Speedway, which includes a win in last years Coca-Cola 600. Busch also has a combined 16 wins at this track when you throw in his history with the NASCAR Xfinity Series and NASCAR Gander Outdoors Truck Series. This is a really good chance to make over five times your money.

Jimmie Johnson, +3300 - It’s been a long time since we’ve thrown Jimmie Johnson on the card, and for good reason considering he hasn’t won a race since the Titans sank. However, Johnson leads the pack with four victories at this race, with his most recent win coming in 2016, and he’s finished eighth or better in six of his last seven appearances at the Charlotte Motor Speedway. If you’re looking for a dark horse with big odds, Johnson could be worth a play.