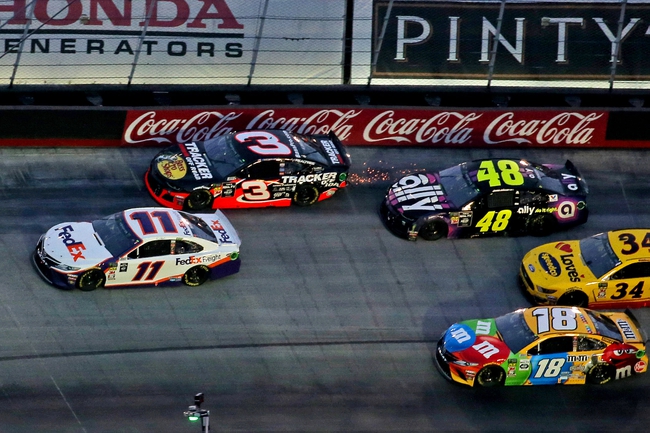 We make our first and only trip to South Carolina for the Bojangles' Southern 500, a race that debuted in 1950 and is one of the longer races on the entire schedule. With 501 miles and 367 laps, this event is no stranger to taking over four hours to complete. Our winning streak ended when not landing a winner in Bristol, but three of our five drivers finished inside the top-10. Let’s get back to victory lane.

Denny Hamlin, +650 - Denny Hamlin has won two of the last four races and has finished in the top-five in each of his last six races. In other words, Hamlin is averaging a finish of 2.3 since the Quaker State 400. Don’t expect the hot streak to cool down just yet, as Hamlin is a two-time winner of this event and has won five races at the Darlington Raceway in the NASCAR Xfinity Series. Hamlin has finished fourth or better in five of his last seven trips at this race.

Kyle Busch, +600 - It’s been a while since Kyle Busch has seen victory lane, but he’s still finishing inside the top-10 and is still a factor when it comes to the leaderboard. Busch won this race in 2008 and finished runner-up here in 2017. Busch has finished no worse than seventh in six of his last seven appearances here and has a pair of victories at the Darlington Raceway in the NASCAR Xfinity Series.

Joey Logano, +700 - Joey Logano has finished outside of the top-10 in each of his last four races, so maybe we can get a good price on him this week. Logano was runner-up at this event last year and has finished fifth or better in three of his last four appearances overall. Logano has also had a lot of success in South Carolina in the NASCAR Xfinity Series, which includes a win in the 2012 Sport Clips Haircuts VFW 200. Logano is due for a bounce back performance this weekend.

Kevin Harvick, +650 - The last time Kevin Harvick finished outside of the top-20, he ended up winning New Hampshire the following week. Harvick won this race in 2014 and has finished ninth or better in each of his last six appearances. In fact, Harvick is averaging a finish of 4.3 during that span. Don’t be surprised if Harvick wins his third race for the sixth time in the last seven years.

Chase Elliott, +1450 - Chase Elliott has enjoyed a solid three-week stretch that includes a win in New York, and he’s quietly climbing up the standings. Elliott is a dark horse pick this week with him having top-10 finishes in two of his four career appearances at the Darlington Raceway. In his last three trips here, Elliott is averaging a 8.6 finish, which includes a fifth place spot last year. Elliott also won the 2014 Sport Clips Haircuts VFW 200 in South Carolina, so while the sample size isn’t as large as it is for others, he clearly enjoys this track and is in the running for his third win of the year.