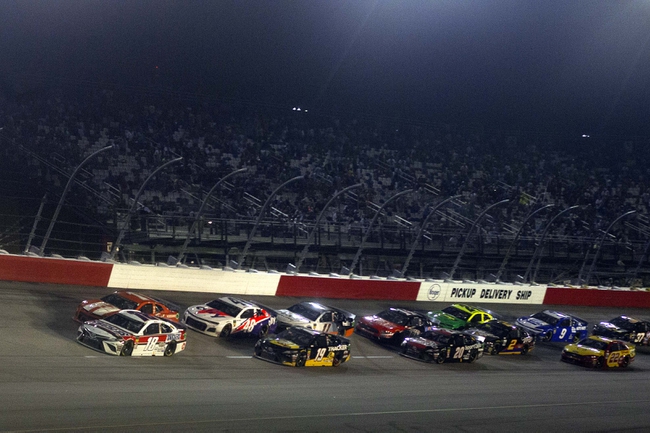 Big Machine Vodka 400 at the Brickyard

It’s our first and only trip to Indiana and the last race before the playoffs, as we gear up for the Big Machine Vodka 400. A race that debuted in 1994, and it’s always fun whenever there’s an event at the Indianapolis Motor Speedway, this is certainly a fitting way to cap off the regular season. Hopefully we can head into the playoffs with some extra cash in our pocket.

Brad Keselowski, +880 - It’s been a while since we’ve seen Brad Keselowski in victory lane, but he’s produced back-to-back top-five finishes, so he’s probably due for a win here. Keselowski won this race last year and was the runner-up in 2017. Finishing 10th or better in five of his last eight appearances at the Indianapolis Motor Speedway, Keselowski is easily a top-three favorite to win this week and head into the playoffs with great momentum.

Kyle Busch, +330 - Kyle Busch is another driver who seems due for a victory, as he hasn’t won since Pocono in early June after starting the season on fire. Busch is a two-time winner of this race and has finished runner-up or better in four of his last seven appearances overall. Busch also has three wins at the Indianapolis Motor Speedway in the NASCAR Xfinity Series. Busch should be favored to win this week.

Denny Hamlin, +550 - Denny Hamlin is a solid play regardless of where the race is, simply because he’s finished fifth or better in seven of his last 10 races. You can expect that form to continue given that Hamlin has finished fifth or better in four of his last five trips at the Indianapolis Motor Speedway. While never winning here, Hamlin has been a factor and consistently pushes the leaderboard. Wouldn’t be surprised if Hamlin gets his fifth win of the year.

Kevin Harvick, +575 -  Kevin Harvick is another hot driver with wins in two of his last six races, and he’s finished seventh or better in five of those events overall. Harvick won this race in 2003 and is averaging a finish of 5.4 in his last five appearances at the Indianapolis Motor Speedway. Harvick hasn’t finished outside of the top-10 in Indianapolis since 2013. You have to love that consistency.

Kyle Larson, +1110 - Kyle Larson has been nibbling around victory lane these last couple of months, and you have to anticipate he’ll get rewarded eventually. Larson has top-10 finishes in three of his five appearances at the Indianapolis Motor Speedway in the Monster Energy NASCAR Cup Series and is averaging a finish of 7.5 in his four trips here in the NASCAR Xfinity Series. No victories yet for Larson, but his consistency on this track is all you can ask for when capping this sport. Larson has a decent chance to end the drought.