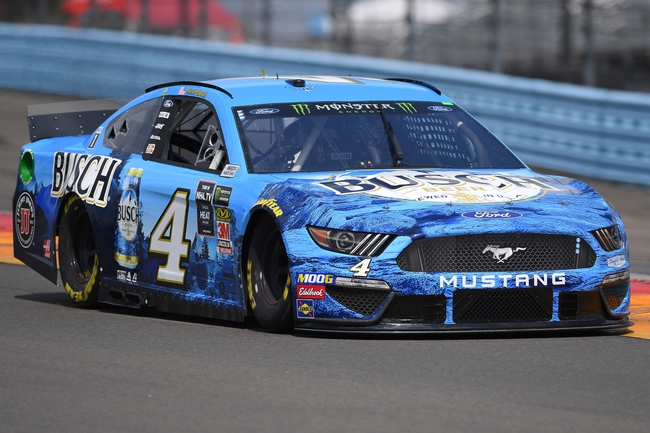 We make our second and final trip to Michigan for the Consumers Energy 400, a race that debuted in 1969 and has seen 26 different drivers take home the checkered flag. Our winning streak came to an end last week with Chase Elliott winning, but second, third and fourth place were three of our five drivers on the card, so while we didn’t cash a ticket, it did show we’re locked in as we head down the home stretch of the season.

Kyle Larson, +1520 - It’s been a long time since Kyle Larson has won a race, but there’s signs of progress with him finishing in the top-eight in four of his last six tries. Larson should be able to carryover that momentum this week considering he’s won three of his last six appearances at the Michigan International Speedway, which includes this race in 2016 and 2017. Larson also averaged a finish of 4.3 in his three trips at this track in the NASCAR Xfinity Series. The drought could end for the 27-year-old.

Kevin Harvick, +550 - Kevin Harvick usually has multiple victories at this point in the season, so I don’t expect him to slowdown after winning New Hampshire. Harvick is the defending champion at this race and is averaging a finish of 3.3 in his last three trips at the Michigan International Speedway. In fact, Harvick has either won or finished runner-up in seven of his last 13 appearances here overall. He’s also won a race here in both the NASCAR Xfinity Series and NASCAR Camping World Truck Series. You can make a case Harvick should be favored this week.

Kyle Busch, +495 - Kyle Busch has been incredible at bouncing back the next week after finishing outside of the top-10, so you shouldn’t stop making him an automatic throw in when putting together a card. Busch has finished third or better in four of the last five races following a week he finished outside of the top-10. Busch won this race in 2011, and he’s averaging a finish of 5.8 in his last five appearances at the Michigan International Speedway. He’s also a two-time winner at this track in the NASCAR Xfinity Series.

Brad Keselowski, +770 - Brad Keselowski is starting to heat up with three straight top-10 finishes and is kind of due for a victory with his last win coming in early May. Keselowski has finished sixth or better in five of his last seven trips at the Michigan International Speedway and is averaging a finish of 4.6 in his last three appearances overall. Keselowski finished runner-up in this race last year. While never winning in Michigan in the Monster Energy NASCAR Cup Series, his consistency here makes you overlook it.

Joey Logano, +770 - Joey Logano has finished outside of the top-10 in four of his last seven races, but he’s a three-time winner at Michigan since the 2013 Pure Michigan 400, and that includes him winning the first race here this year. Logano has finished 10th or better in 12 of his last 13 trips at the Michigan International Speedway. History suggests that Logano is going to be in the running for his third victory of the year.