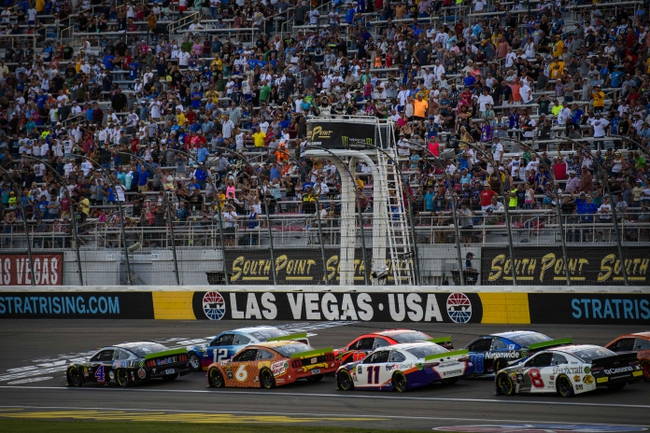 We make our third of four scheduled trips to Virginia for the Federated Auto Parts 400, but this will be the second and final race at the Richmond Raceway. Hopefully this race is a lot more successful than last weeks, as many of our drivers failed to show up.

Kevin Harvick, +650 - Kevin Harvick is enjoying his best stretch of the year, finishing first or runner-up in four of his last eight races. Expect that to continue given that Harvick has won this race twice and has finished fifth or better in eight of his last 10 appearances at the Richmond Raceway. Harvick has also won at this track six times in the NASCAR Xfinity Series. You can’t go wrong with these odds at all.

Kyle Busch, +330 - Kyle Busch has now gone 13 straight races without a victory and yet is still the favorite once again. Like Harvick, Busch is a six-time winner at the Richmond Raceway in the NASCAR Xfinity Series. Busch also won this race last year and has four wins at this track overall since 2011, which includes winning two of his last three trips here. Busch needs a strong showing if he’s going to make a move in the Drivers' Championship. His history here suggests that he’s going to be a factor this weekend.

Denny Hamlin, +650 - Denny Hamlin is a three-time winner of this event since 2009 and has finished sixth or better in seven of his last eight trips overall at the Richmond Raceway. There’s no active driver who has won this particular race more than Hamlin. He has also won three of his last eight appearances at this track in the NASCAR Xfinity Series. The history is strong here, folks.

Brad Keselowski, +880 - Brad Keselowski has finished fifth or better in three of his last four races, and while he has just one win here (2014), he has top-10 finishes in eight of his last 11 appearances at the Richmond Raceway. Keselowski is also a four-time winner at this track in the NASCAR Xfinity Series. While Keselowski hasn’t won a race since May, we’re sticking to our theme of guys who have had a ton of success on this track over the years.

Clint Bowyer, +2200 - If you’re looking for a little more meat on your bone, Clint Bowyer is worth a look with these odds. Bowyer won this race in 2012 and is a two-time winner at this track overall. Bowyer finished third at the previous race this year at the Richmond Raceway and is a top-10 winner in six of his last 10 trips. Bowyer hasn’t been competitive these last couple of months, but his consistency of pushing the leaderboard at this track suggests these odds have some value.