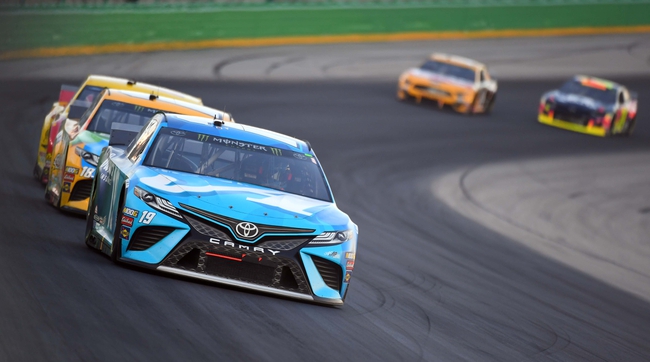 Go Bowling at The Glen

We make our first and only trip to New York for the Go Bowling at The Glen, one of the shorter races of the year, as it’s only 90 laps and usually finishes just over two hours. With Denny Hamlin cashing at +1100 odds last week, we’ve tasted victory lane in back-to-back events. Let’s keep this thing going as we get closer and closer to the playoffs.

Kyle Busch, +275 - Kyle Busch is kind of due for a victory considering he’s gone seven straight races without seeing victory lane. Busch has won this race twice and is averaging a finish of 4.5 in his last four appearances at the Watkins Glen International. Busch also has a victory here in the 2017 Zippo 200 at The Glen. Odds are never great with Busch given he’s the favorite most weeks, but it’s hard to leave him off the card again with his history at this track.

Martin Truex Jr., +340 - Martin Truex Jr. hasn’t only won four of the last 12 races, but he won this event in 2017 and finished runner-up last year. In his last three trips at the Watkins Glen International, Truex is averaging a finish of 3.3. In his 13 appearances at this track overall, Truex has a top-10 finish eight times, with six of those coming in his last eight tries. The guy from Mayetta, New Jersey has a thing for New York.

Denny Hamlin, +1100 - Denny Hamlin is looking sharp as we gear up for the home stretch, as he has a top-five finish in four of his last six races. Hamlin won this race in 2016 and is averaging a sixth place finish in his last three appearances at the Watkins Glen International. Hamlin was also runner-up in the 2007 Centurion Boats at the Glen, only his second trip at this track in his career. Hamlin has been kind to us lately, so he’s bought himself another week on the card.

Joey Logano, +1300 - Joey Logano has had some tough luck lately with him not being able to finish races, but he has top-10 finishes in 10 of his last 14 tries. Logano won this event in 2015 and has finished seventh or better in five of his last eight trips at the Watkins Glen International. Logano also has three wins at this track in the NASCAR Xfinity Series, which includes winning three of the last four Zippo 200 at The Glen. Logano has a good chance to win three races for the fifth time in the last six years.

Erik Jones, +2800 - If you’re tired of the same recycled 10 names every week, you could try to swing for the fences with Erik Jones, who has top-three finishes in his last three races and is knocking on the door for his second career victory. Jones finished fifth at this race last year and is averaging a 7.5 place finish in his last two trips at the Watkins Glen International overall. Oddsmakers usually throw out big odds with races who don’t win often, so Jones could provide some nice bang for the buck.