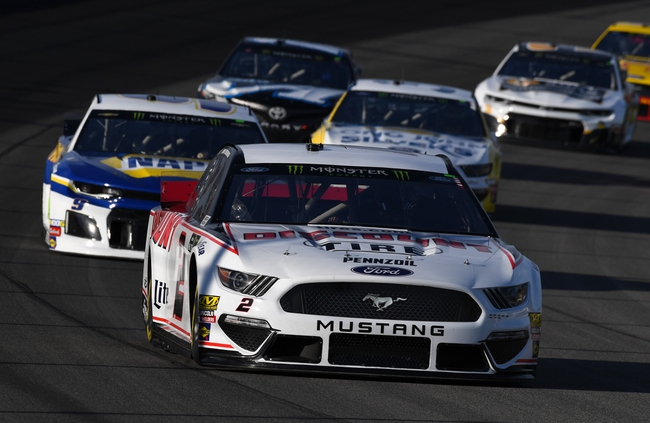 We begin the playoffs with our second and final trip to Las Vegas for the South Point 400, an event that debuted last year and is sponsored by the South Point Hotel. Last week we cashed with Kevin Harvick at +575 odds, and with only 10 races left, it’s key we finish things off strong and continue to pad the bankroll.

Brad Keselowski, +550 - It’s been a while since Brad Keselowski has won a race, so you can argue he’s due for a victory here. Either way, Keselowski won the race here last year and finished runner-up this year in the previous Las Vegas race. Keselowski also has a victory at this track in the NASCAR Xfinity Series. In his last eight appearances at the Las Vegas Motor Speedway, Keselowski is averaging a finish of 3.25. A strong case can be made Keselowski should be the favorite this week, so these odds have some meat on the bone.

Kyle Busch, +450 - Kyle Busch is another driver who has cooled off lately in terms of victories, but he’s easily been the most consistent driver this year. Kyle Busch finished seventh in this race last year and has finished seventh or better in five of his last seven trips at the Las Vegas Motor Speedway overall. That doesn’t include a win at this track in 2009 and four Las Vegas victories when you include his history in the NASCAR Xfinity Series and NASCAR Gander Outdoors Truck Series.

Joey Logano, +660 - Joey Logano finished fourth in this race last year and won the previous Las Vegas race this year. In his last seven appearances at the Las Vegas Motor Speedway, Logano is averaging a finish of 4.57, and he also won the 2017 Boyd Gaming 300, his only Xfinity race in Las Vegas. Logano also did some of his best driving last year once the playoffs started, so this is the perfect time for him to get going.

Kyle Larson, +1320 - I know Kyle Larson hasn’t won a race in two years, but these odds make him a strong dark horse. Larson was the runner-up in this race last year and has finished third or better in three of his last four trips at the Las Vegas Motor Speedway in the Monster Energy NASCAR Cup Series. Heck, in three of his four trips to Las Vegas in the Xfinity Series, Larson has finished third or better. I know the wins are missing, but we’re getting 13 times our money with a guy who is consistently in the hunt at this track. You can’t go wrong with this value.

Daniel Suarez, +8800 - Instead of loading up on another favorite, I’ll take an extreme shot in the dark with Daniel Suarez based on the price. Suarez has quietly finished 11th or better in each of his last four races, one of his best stretches of the year. Suarez also finished eighth in this race last year. Also, in three appearances in Las Vegas in the Xfinity Series, Suarez is averaging a finish of fifth place. A lot has to go well for Suarez to win his first Cup Series race, especially in a playoff event, but there’s enough evidence in a small sample size to suggest a few dollars going his way with these massive odds.