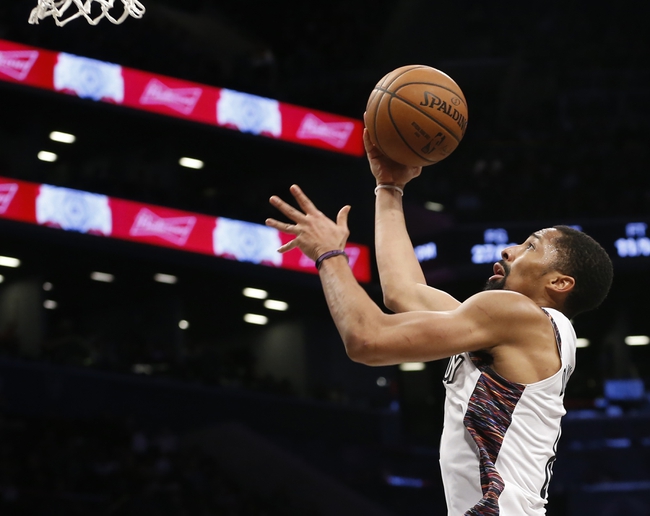 The Brooklyn Nets head to Atlanta, Georgia on Wednesday for a game against the Hawks in a battle between two Eastern Conference teams. In their last game, Brooklyn was defeated by the Miami Heat by the score of 109-106.  Spencer Dinwiddie led the Nets in points in the game against Atlanta, scoring 29 while shooting 10 of 21 from the field and 5 of 5 from the free throw line.  Taurean Prince led the Nets in assists as he recorded 5 while playing 32 minutes on the night.  Jarrett Allen was the Nets leading rebounder in the game as he recorded 12 boards including 3 offensively.

The Atlanta Hawks welcome the Brooklyn Nets to town after winning their last game by the score of 104-79 against the Golden State Warriors.  Trae Young led the Hawks in points against the Warriors, scoring 24 points while shooting 10 of 19 from the field and 2 of 2 from the free throw line.  Young also led the Hawks in assists as he recorded 7 in the 34 minutes that he played.  Damian Jones led Atlanta in rebounds as he pulled in 8 on the night, including 4 offensively.

After the win, Atlanta is now 5-16 on the season and are currently in 5th place in the Southeast Division.  Trae Young leads the Hawks in points per game on the year and is scoring 28.2 per game.  Young is also Atlanta’s leader in assists per game and is averaging 8.3.  Jabari Parker is leading Atlanta in rebounds per game on the season as he is averaging 6.5 rebounds per game.  Atlanta enters Wednesday’s game with 4 players listed on their injury report as Kevin Huerter is listed as out while De’Andre Hunter, Chandler Parsons and Allen Crabbe are listed as day to day.