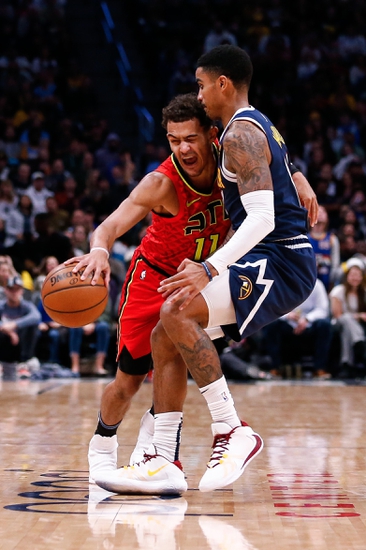 In the Nuggets loss to the Wizards, Denver was led on offense by Jamal Murray.  Murray connected on 13 of 19 attempts from the floor, hitting 10 foul shots, totaling 39 points and 4 assists.  The Nuggets shot 46% from the floor and 20% from 3-point range.  The Nuggets got out rebounded, 56 to 43.  Denver allowed Washington to shoot 55% from the floor.

In the Hawks win over the Pacers, Atlanta was led on offense by Trae Young.  Young converted on 12 of 23 attempts from the floor, knocking down 12 foul shots, registering 41 points and 8 assists.  The Hawks shot 51% from the floor and 31% from 3-point range.  The Hawks took control in the paint, out scoring the Pacers 52 to 38.  The Hawks led by as many as 22 points.

Nuggets are 1-8 ATS in their last 9 games against Atlanta.

The Denver Nuggets have the 3rd best scoring defense in the league, while the Hawks have the 29th worse scoring defense.  The Nuggets don't have a great offense, as Denver ranks 19th in scoring.  However, with the Hawks having such a poor defense, I expect the Nuggets to score more than their average of 108 per game.  Denver has 9 road wins, while Atlanta has just 4 home wins.  Final prediction, the Nuggets will win at the Hawks.