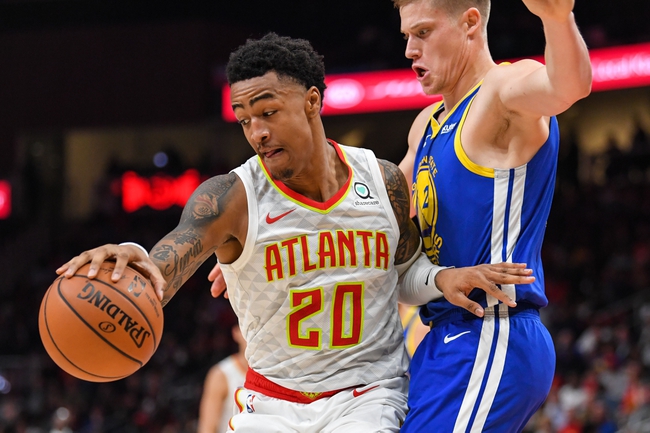 In the Hawks loss to the Rockets, Atlanta was led on offense by Trae Young.  Young connected on 10 of his 16 attempts from the floor, making 12 of 13 from the foul line, recording 37 points and 7 assists.  The Hawks shot 42% from the floor and 32% from 3-point range.  Atlanta got dominated on the boards, being out rebounded 64 to 34.  The Hawks allowed the Rockets to shoot 58% from the floor, while also allowing them to make 25 3-pointers.

Warriors are 4-1 ATS in their last 5 games overall.

Hawks are 5-1 ATS in their last 6 Monday games.

Hawks are 0-5 ATS in their last 5 vs the Western Conference.

The road team is 6-2 ATS in their last 8 matchups.  The Hawks have not looked great over the last couple weeks, losing 11 in a row.  The Warriors have 8 of their last 10 games overall.  Both teams have nearly identical records and have had their issues this year.  While Trae Young should be able to take advantage of the Warriors guards, due to their list of injuries, this is a rather large spread for a team that just lost by 47 points.  Final score prediction, Hawks win and the Warriors cover, 108-104.