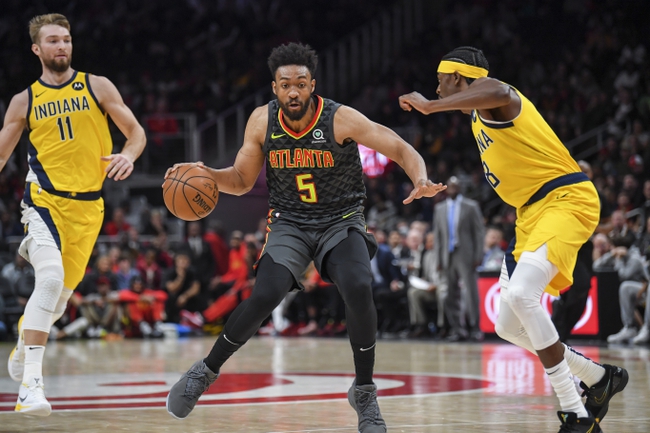 In the Pacers loss to the Nuggets, Indiana was guided by Domantas Sabonis.  Sabonis registered 18 points, 9 rebounds, and 9 assists.  The Pacers shot 52% from the floor and 46% from 3-point range.  The Pacers got smoked on the glass, being out rebounded, 47 to 34.  Indiana had 32 assists to just 9 turnovers.  Indiana struggled defensively in an offensive minded game, allowing the Nuggets to shoot 53% from the floor.

In the Hawks win over the Magic, Atlanta was guided by Kevin Hunter.  Hunter collected 19 points, 6 rebounds, and 4 assists.  The Hawks converted on 48% of their shots from the floor and 31% from 3-point range.  Atlanta out rebounded Orlando, 52 to 40.  Atlanta connected 9 times from deep, while allowing the Magic to make just 5.  Atlanta overcame an 18 point deficit in the win.

The Hawks have been one of the worse teams in the league all year and have been poor at home.  The Hawks are just 3-12 on their home court.  The pacers have controlled this series, having won 9 of the last 10 matchups.  The Pacers have a load of talent, while the Hawks have Jabari Parker and Trae Young, as their key players.  The Pacers are one of the better teams in offensive field goal percentages, while Atlanta is towards the bottom defensively.  The Hawks snapped a 10 game losing streak with the win over the Magic.  Looking at the Hawks roster, it is hard to imagine back to back wins at this point.  I'll take the Pacers on the road against a hawks team that struggles at home.  Final score prediction, Indiana will win and cover, 115-106.