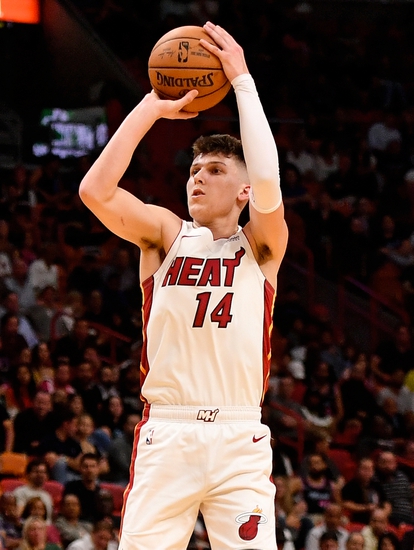 On Thursday the Miami Heat will head to Atlanta, in the second game of a home and homes series to face the Hawks in the battle of two Eastern Conference foes. In their last game, the Heat were victorious at home against the Hawks by the score of 112-97. Tyler Herro was Miami’s leading score in the game, as he scored 29 points while going 7 of 9 from the field as well as 12 of 16 from the free-throw line. Bam Adebayo led the Heat in rebounds with 10, 2 coming on the offense of boards and adding 17 points of his own. In terms of assists, point guard Goran Dragic led the team with 3. This was also a game in which Jimmy Butler, the Heat’s big off-season acquisition, made his debut with Miami and scored 21 points, while also recording 5 rebounds and 2 assists.

On the year, the Heat are now 3-1 and will be looking to add to their win column on Thursday. Kendrick Nunn has been Miami’s leading scorer and is averaging 21 points per game, while shooting 48.6% from the field. Bam Adebayo has led the team in rebounds per game with 10.8, with 2.5 per game coming off of the offensive glass.  Small forward Justice Winslow has led the team in assists per game with 5.8 per game so far in the young season.

The Atlanta Hawks return home after playing the Miami Heat after losing to them in their last game. The Atlanta Hawks were led in points by power forward, John Collins who scored 30 points while going 10 of 17 from the field and 5 of 6 from the free-throw line. Collins was also the Hawks leading rebounder as he recorded 7 on the night. Cam Reddish led the Hawks in assists on the night with 6 while adding 6 points of his own in the game.

On the year the Hawks are now 2-2 but will be looking to get above the .500 mark against a tough Miami Heat team. On the year the Hawks are led in points per game by Trae Young, who is scoring 26.8 points per game while shooting 50.7% from the field and 80.8% for a free-throw line.  Young also leads the team in assists per game as he was averaging 7.3 on the season. Power forward John Collins leads the team in rebounds per game with 9.3 overall and is averaging 2 per game on the offense boards.  Trae Young is listed on the injury report for the Hawks and it looks like he will miss this game, which is a huge blow to Atlanta.

In the second game of a home and home between the Heat and Hawks, I have to go with the Heat in this game, especially with the Hawks leading scorer missing the game. The Heat are scoring 118 points per game while the Hawks are scoring 105 per game. Although Atlanta has been a bit better on defense, allowing 104 points per game against Miami’s 110 per game, the return of Jimmy Butler will make Miami’s team even better. On the year, the teams are shooting the same from the field as they are both sitting at the 47% mark. Miami wins this in a close battle and what should be a very good match up but Atlanta wont be able to keep up with the Head without Young. Miami Heat win 110-100 and cover the spread.