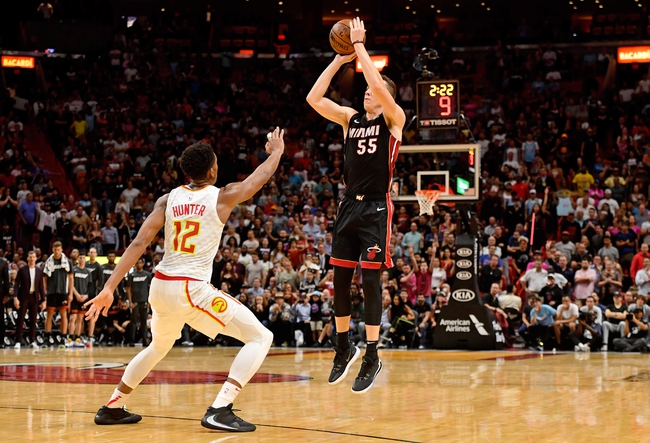 The Miami Heat and Atlanta Hawks meet Thursday in NBA action at the State Farm Arena.

The under is 5-2 in the last 7 meetings in Atlanta.

The Miami Heat are 3-0 SU against the Hawks this season and all of those wins came by decent margins. The Heat are one of those teams that probably benefits most from the break, as they're getting healthy, getting traded players into the rotation and getting the legs under Jimmy Butler. The Atlanta Hawks have caught a little hot streak at home, but they're still losing at home by an average of 3.4 points and not playing much defense. I need more points to consider the Hawks in this spot. I'll lay the reasonable number with the Heat on the road.