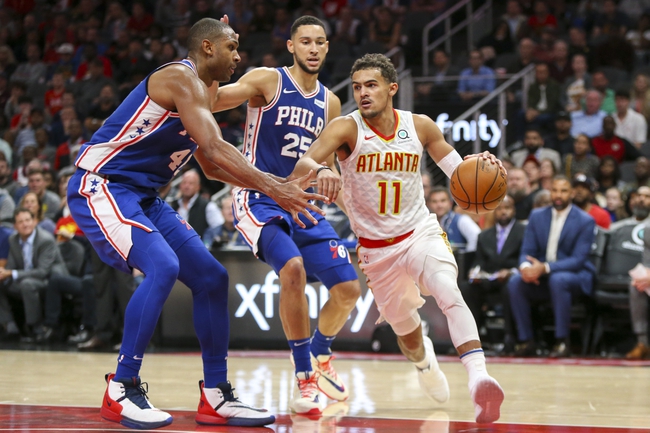 In the Hawks loss to the Raptors, Atlanta was led offensively by John Collins.  Collins contributed a double-double, totaling 28 points and 12 rebounds.  Atlanta connected on 45% from the floor and 26% from 3-point distance.  The Hawks were out rebounded, 52 to 44.  Atlanta was out scored in points off turnovers, 30 to 18.

Both teams are averaging 108 points of offense per game.  The defense is what separates the two teams.  Philadelphia ranks 2nd in scoring defense, while Atlanta ranks 29th in scoring defense.  The 76ers have struggled ATS on the road, going 8-15-1, while the Hawks have seen success at home ATS, going 14-9.  The record between these two teams in the last 10 games is split, with a margin of victory of 2 points for the 76ers.  Final score prediction, 76ers will win and the Hawks will cover, 112-106.