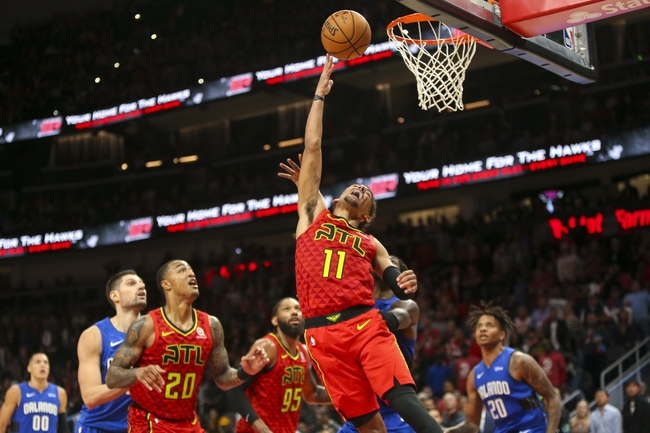 The Philadelphia 76ers were solid shooting the ball against the Detroit Pistons as they connected on 42 of their 87 field goal attempts (48.3%), but they didn’t have as much success from behind the three-point line (38.2%). The Philadelphia 76ers won the turnover battle against the Detroit Pistons (23-22), and they outrebounded the Pistons (56-49).

The Atlanta Hawks come into this matchup with a 2-0 record, and they will be looking to continue their success after winning their recent home game against the Orlando Magic. The Hawks young star Trae Young had a huge game as he connected on 16 of his 25 field goal attempts for 39 points, 9 assists, and 7 rebounds. John Collins has been a force down low for the Hawks, but the young forward only contributed 9 points against the Magic while picking up 12 rebounds.

The Atlanta Hawks are one of the youngest teams in the NBA, but that doesn’t mean they are shy on talent as they have a starting 5 that can be one of the top in the league in a few years. The Hawks have given the keys to the offense to Trae Young and he has been amazing to start the season as the 2nd-year pro is averaging 38.5 PPG and 9 APG which is problematic for the Sixers. Atlanta matches up well in this game as John Collins will handle Embiid and Horford in the paint, and the young tandem of Hunter and Reddish will be a problem on the wing.