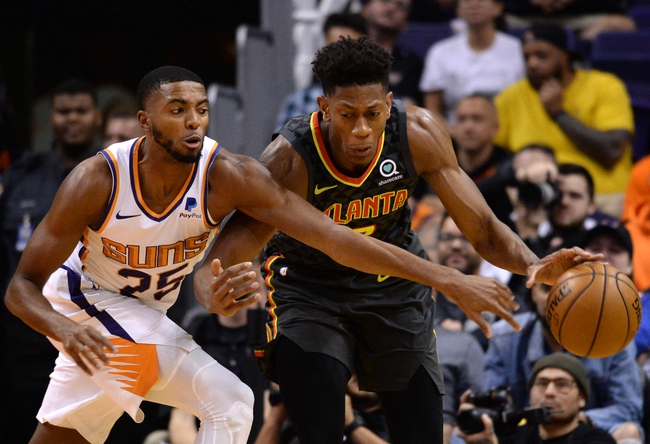 The Phoenix Suns go to Atlanta, Georgia to take on the Atlanta Hawks on Tuesday at the State Farm Arena. The Phoenix Suns are on a two-game winning streak after defeating the Charlotte Hornets in their last game. The Suns were able to take care of business in the fourth quarter and closed out the game against the magic, due in large part to Kelly Oubre Jr 25-points in the game.

The Suns are 16-23 on the season and are 12th in the west. However, the Suns are only a game and a half back to the eighth seed in the west. The Suns have proven to do very well on offense, led by Devin Booker, and they can space the floor and share the ball as they rank first in assists per game. However, the Phoenix Suns are in the bottom six in defense, allowing far too many points per game, and it is what has hurt the Suns from making a better run.

The Atlanta Hawks are on a four-game losing streak, last losing to the Brooklyn Nets, being dominated by Kyrie Irving in his return from an injury that sidelined Irving since November.

The Atlanta Hawks are 8-32 on the season and are currently the worst team in all of the NBA. The Hawks are in the bottom eight in points per game, assists per game, rebounds per game, and points allowed per game.

This matchup, on paper, should be a pretty even game. The Suns were a very good team at the beginning of the season, but have fallen back down to earth, and are now playing at about expectation level. The Atlanta Hawks are the worst team in the NBA, and unless they're able to pull off some trades this season, they're likely going to be one of the worst teams all year. However, the big question is if Trae Young can play, and he didn't last game against the Brooklyn Nets. I have to take the Phoenix Suns in this game due to the uncertainty of Trae Young's availability. Final Score Prediction, Phoenix Suns 105 - 100.