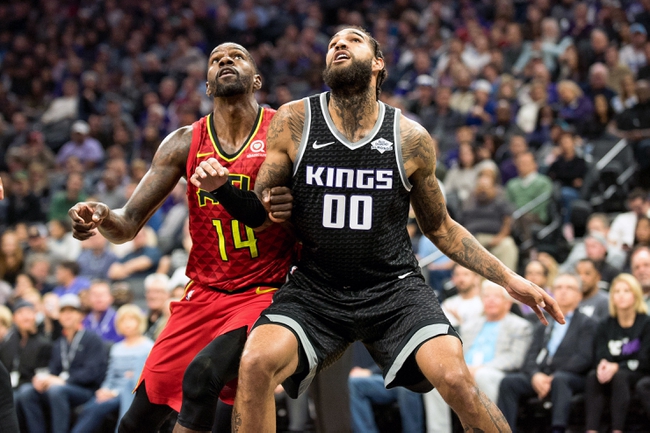 The Kings were led in scoring by Harrison Barnes with 26 points in the loss to the Raptors.  Barnes was 7 of 15 from the floor and 8 of 10 from the foul line.  De'Aaron Fox added a double-double in the game, scoring 17 points and giving out 10 helpers.  Buddy Hield contributed 21 points and 8 rebounds on the night.  The Kings trailed by 15 points and attempted to make a comeback but fell just short.  The Kings out rebounded the Raptors 50 to 48.  The Kings were 20 of 44 from 3 point range (45.5%).

In the loss to the Bulls, Hawks point guard Tre Young was held in check, going 3 of 12 from the from the floor and 0 of 8 from 3 point range, totaling just 9 points.  Jabari Parker led the Atlanta offense, netting 18 points and grabbing 5 rebounds.  The Hawks struggled from 3 point range, shooting just 20% (6 of 30) for the game.  The Hawks committed 24 turnovers in the game.  The Hawks were dominated in fast break points, 18 to 6.

The home team has controlled this series against the spread, going 7-1 in the last 8 meetings.  The Kings are 1-6 against the spread in their last 7 meetings in Atlanta.  The Hawks have been struggling, losing 4 of their last 5 games and have scored less then 100 points in 3 of those games.  I think the Hawks are still the better team, even with their struggles.  I can't see Tre Young getting shut down two games in a row.  Final score prediction, Hawks win and cover, 107-102.