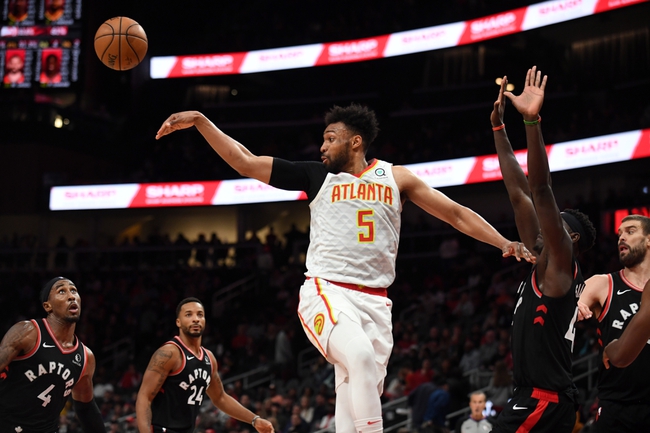 In the Raptors win over the Timberwolves, Toronto was led offensively by Fred VanVleet.  VanVleet converted on 11 of 16 attempts from the floor, finishing with 29 points.  The Raptors shot 52% from the floor and 37% from distance.  Toronto won the game, due to their defense holding Minnesota to 40% from the floor.  The Raptors trailed 39 to 32 after the first quarter, but Toronto controlled the rest of the game.

Raptors are 6-2 ATS in their last 8 games against Atlanta.

Hawks are 3-11 ATS in their last 14 Eastern conference games.

The under is 6-2 in Hawks last 8 games against Toronto.

The Raptors have been on fire in their 3 game win streak, having scored at least 122 points in the win streak.  The Hawks have won 2 of their last 3.  The Raptors are at full strength and should be able to expose the Hawks defensive weaknesses.  The Hawks rank 28th in scoring defense, while ranking 17th in 3-point defense.  The Raptors are the 3rd best in the league in 3-point offense, while ranking in the upper half in offensive rebounding.  Atlanta is 28th in defensive rebounding.  The Raptors run out an above average defense night after night.  Atlanta isn't near the same on defense and also rank 28th in defensive rebounding, look for extra chances for Toronto to blow this game open.  Final score prediction, Raptors will win and cover, 125-111.