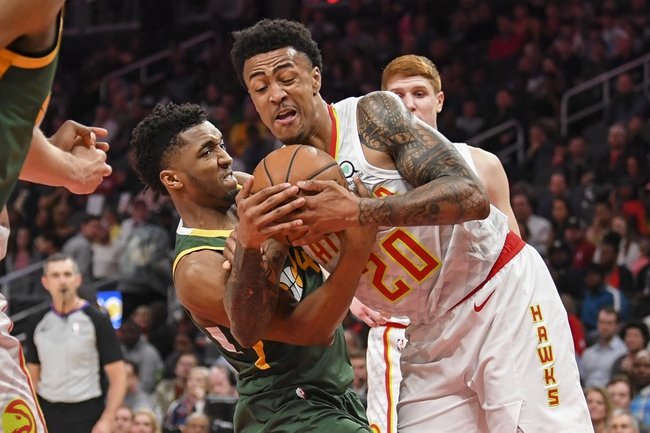 The Utah Jazz travel to the State Farm Arena, in Atlanta, Georgia to take on the Atlanta Hawks on Thursday. The Utah Jazz is currently on a three-game winning streak, defeating the likes of the Orlando Magic, Golden State Warriors, and the Minnesota Timberwolves.

The Jazz is 16-11 on the season and starting to find a bit of last year's form, as the Jazz started the season as one of the most disappointing teams in the league. A lot has been thought about the Jazz, as a possible sneaky playoff contender. However, the addition of Mike Conley hasn't helped much, and now Mike Conley is out for this one. As much as Conley hasn't been as great as he was in Memphis, he's still a large contributor to this offense, and with him out, it could change the offense as a whole.

The Atlanta Hawks are currently on a five-game losing streak and are playing some of their worst basketball of the season.

There have been rumors of frustration in the locker room, emotional breakdowns, and the possibility of Atlanta firing coaches, which they have reportedly said are not true as of yet. Who knows if the coaches are on the hot seat, but what is known is that the Atlanta Hawks are struggling on offense, relying far too much on Trae Young to save them.

The Atlanta Hawks are not great at home as they are only 3-10 at home. In fact, the Atlanta Hawks have gotten just as many wins away from home, then at their home arena. With the disappointing run of form that the Atlanta Hawks have had, and with rumors circulating about the team in the organization and the locker room, I don't think that they are going to be up to playing a defensive style game against the Utah Jazz. I think the Utah Jazz win this one and win this one comfortably. Final Score Prediction, Utah Jazz win 113-99.