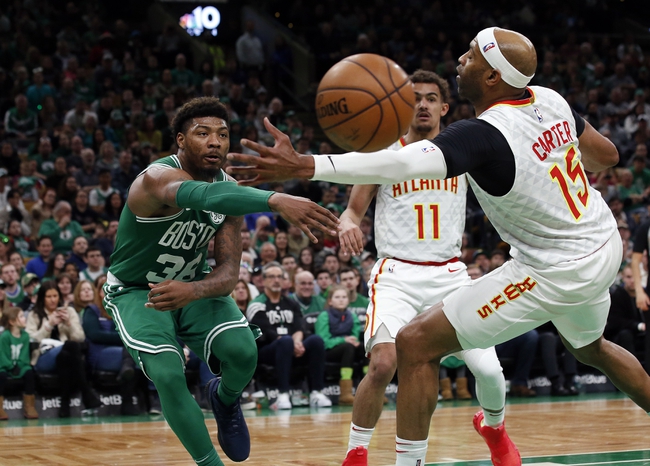 The Atlanta Hawks go to Boston, Massachusetts, to take on the Boston Celtics at the TD Garden on Friday. The Hawks are coming off of a win over the Orlando Magic that snapped a ten-game losing streak. The Hawks got a ton of production out of Brandon Goodwin, who put up 21 points, which was not expected out of the rookie point guard.

The Atlanta Hawks have been one of the worst teams in the NBA, and the ten-game losing streak that they were just on proves that. Trae Young has been terrific this season, but he has not gotten a ton of help elsewhere, so the production that Goodwin showed last game could be a great sign of things to come. However, with the ways that the Hawks have played, that is still highly unlikely unless Atlanta is active in trades.

The Boston Celtics are coming off of a win over the Charlotte Hornets, and the Celtics have won four of their last five games, only losing to the Toronto Raptors in their previous five games.

The Boston Celtics are 23-8 on the season and have looked great with the combination of Kemba Walker, Jayson Tatum, and Jaylon Brown this year. The Celtics are also great at home this season, with a record of 13-2.

Despite the victory that the Atlanta Hawks got over the Orlando Magic, I don't think that has much effect on this game in particular. The Boston Celtics are a much better team than the Orlando Magic, and the Atlanta Hawks are still not a very talented side at the moment. For the Hawks to win, they're going to need to get ridiculous amounts of production out of Trae Young, and that still likely wouldn't even be enough with the amount of depth that the Boston Celtics have. I think the Celtics win this one at home, and when it conventionally. Final Score Prediction, Boston Celtics win 118 - 96.