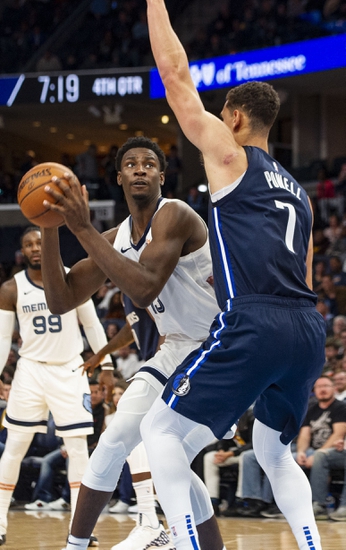 Two of the best teams in the NBA will face off on Monday when the Dallas Mavericks (6-3) travel to TD Garden to take on the Boston Celtics (7-1). Boston will look to win its eighth straight game this season as well as stay undefeated at TD Garden this year when Dallas comes to town.

Boston will look to stay hot without Gordon Hayward, however. Hayward, who broke his left hand in a collision with LaMarcus Aldridge on Saturday, has averaged 18.9 points, 7.1 rebounds, and 4.1 assists so far this season and will be difficult to replace. Jayson Tatum and Marcus Smart will be the players who will try to fill the void, and they did well in the big win over San Antonio with Tatum scoring 19 and Smart adding 16 in the win. That production will need to continue, though, to keep the Celtics holding onto the best record in the NBA.

On the season, Kemba Walker is the leading scorer with 24.5 points per game with Tatum adding 21.3 points and 7.6 rebounds per game. Jaylen Brown has added 18.8 points and 6.4 rebounds per game and Smart also scores in double figures with 10.4 per game. Hayward will be out, of course, and center Enes Kanter is questionable after being out since the season opener with a left knee contusion.

Dallas might have had an influx of talent this season, but sitting at 6-3 and among the leaders of the Western Conference can still only be considered a surprise. The Mavericks have been competitive in every game so far this season, only losing to Portland by 2, an overtime defeat to the Lakers, and an odd one-point loss to Orlando. But Dallas is coming off of a season-high 138 points in a win over Memphis, which represents the most points Dallas had scored in a game since April 10, 2015, in a 144-143 double-overtime win over Denver, and the most points in regulation since Nov. 21, 2014, in a 140-106 victory over the Lakers.

Before Saturday and the loss of Hayward, things might be different, but the Celtics are going to take a while to figure out how to fill Hayward’s void. This is a game in which the elite rebounding Mavericks, led by Doncic and Porzingis, should make a difference. Dallas is averaging 48.0 rebounds per game, while Boston is averaging just 39.4 rebounds when Hayward’s average is taken away. In addition, Dallas has shown success as a road underdog, going to 2-0 this season in that situation. Look for big games from Doncic and Porzingis while Dallas covers the three points on the road.